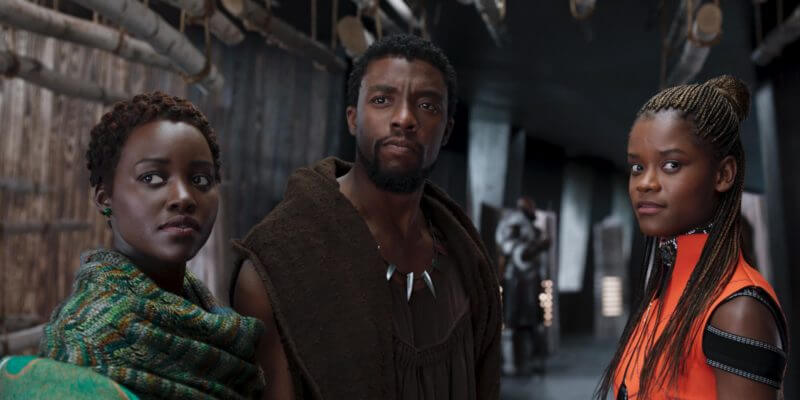 Released into theaters just three short months ago, Marvel Studios’ “Black Panther” was another instant-smash entry in the Marvel Cinematic Universe. The movie invited viewers into the futuristic African nation of Wakanda, reigned over by King T’Challa (Chadwick Boseman) with the help of his friends and family.

After breaking all sorts of records at the box office, “Black Panther” is now arriving on home video, with Digital HD and Movies Anywhere versions already available, and physical media Blu-ray and DVD copies available starting tomorrow. I was sent a review copy of “Black Panther” on Blu-ray disc and was thrilled to find a first-rate transfer of the movie and roughly three hours worth of all-new bonus materials. 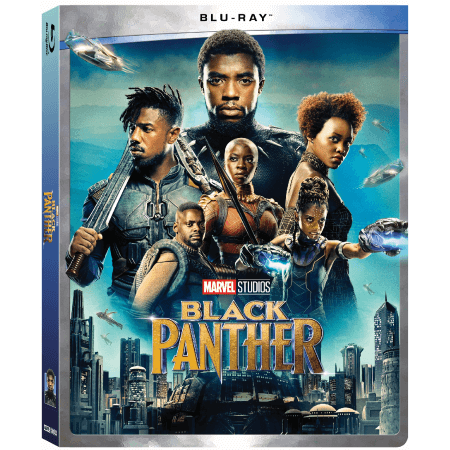 The “Black Panther” feature attraction is presented in terrific-looking 1080p high-definition widescreen with an aspect ratio of 2.39:1, preserving the shape of its original theatrical exhibition. Audio options include a 7.1 DTS-HDMA English language track, English descriptive audio in 2.0 channels, Spanish and French language tracks in 5.1 Dolby Digital, plus English, Spanish, and French subtitles.

In addition to the joy of being able to own and watch “Black Panther” whenever one wants, the Blu-ray set includes a number of fantastic bonus features exclusive to this release.

FROM PAGE TO SCREEN: A ROUNDTABLE DISCUSSION (20:28)

“Black Panther” director Ryan Coogler sits down with screenwriter Joe Robert Cole, executive producer Nate Moore, and Marvel comic book writers Christopher Priest, Ta-Nehisi Coates, and Don McGregor to discuss the history and impact of “Black Panther” as created by Stan Lee and Jack Kirby in the 1960s, and how the character became the motion picture phenomenon he is today.

Director Ryan Coogler and production designer Hannah Beachler discuss the making of the film through the duration of its running time.

The movie is divided into eighteen chapters from start to finish.

“Black Panther” is available now on Digital HD and Movies Anywhere, and on Blu-ray and DVD starting tomorrow, May 15th from retailers nationwide.