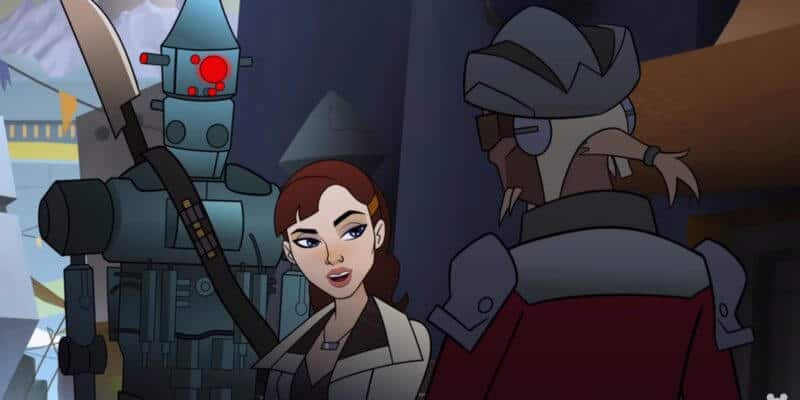 One of the best things about Lucasfilm’s current “Star Wars” output under new owner Disney is how interconnected the series’ canon is. From feature films to TV shows to novels to comic books all affecting and referencing each other, “Star Wars” finally feels like to giant interwoven tapestry it was always meant to be.

In the latest episode of the female-focused webseries “Star Wars: Forces of Destiny,” Qi’ra from the new movie “Solo: A Star Wars Story” encounters droid bounty hunter IG-88 from “The Empire Strikes Back” and space pirate Hondo Ohnaka from the animated series “Star Wars: Clone Wars” while trying to evade a price on her head.

More than thirty other episodes of “Star Wars: Forces of Destiny” are currently available to watch on the official Disney YouTube channel.

Comments Off on Qi’ra meets equally-obscure characters IG-88 and Hondo in latest episode of “Star Wars: Forces of Destiny”