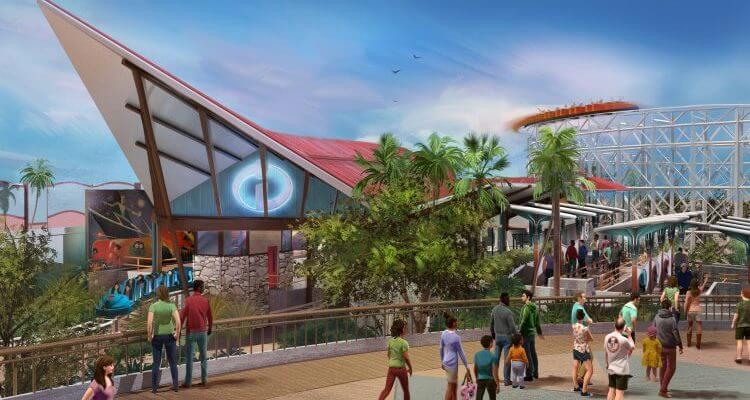 We are getting closer and closer to the opening date of Pixar Pier at Disney California Adventure and Disneyland Resort has shared some exciting new details for one of the premiere attractions coming with this new themed land – the Incredicoaster.

Among those new details was a description of the incredible scenes this exciting new attraction will feature. 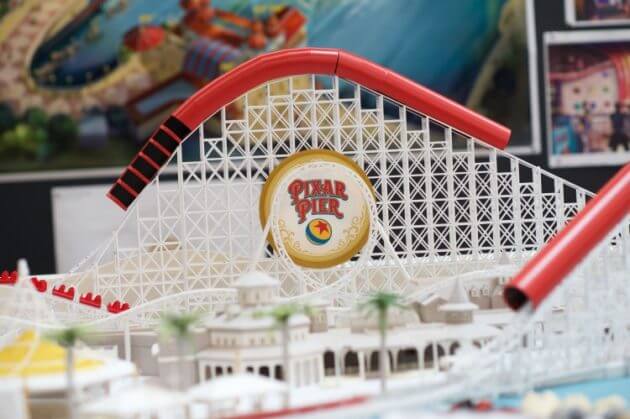 “Straight away, Dash sprints into action in an attempt to catch Jack-Jack, launching guests on the adventure with him. As the coaster zooms through the first tunnel, Jack-Jack shoots blue laser beams from his eyes and Dash uses his super speed to avoid being hit..

During the climb into the second tunnel, guests find that Elastigirl has jumped in to assist. Stretching herself flat against the tunnel walls, she reaches out with both arms in an attempt to grab her baby boy. Then the aroma of chocolate chip cookies wafts through the tunnel and, as the coaster plunges downward, guests see that Mr. Incredible has punched through the side of the tube holding a cookie to lure Jack-Jack out of another dimension.

In the third tunnel, guests find Jack-Jack joyfully aflame. Violet jumps in to save the Incredicoaster riders by shooting her purple force field up the tunnel, shielding guests from the raging fire. As the coaster zooms safely out of the tunnel, it sprints over a series of humps, and guests see a cluster of Jack-Jacks in mid-air, giggling and multiplying.

As riders circle through the final helix, they hear the voice of Edna Mode telling the family that Jack-Jack has returned to her, safe and sound. As the track straightens out, riders return to a chaotic and messy VIP lounge with one last surprise that guests are sure to enjoy.” 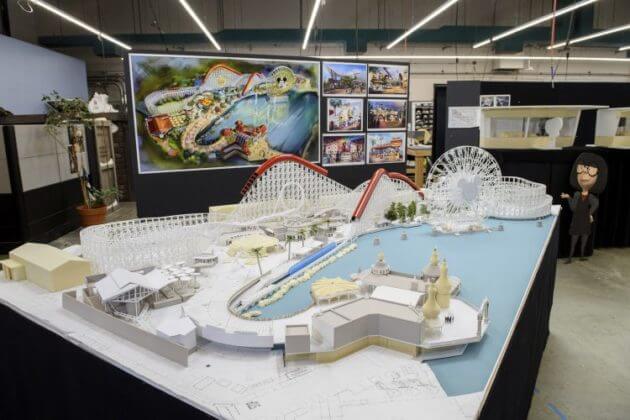 Disneyland also shared some additional fun fact about Incredicoaster as well, including: 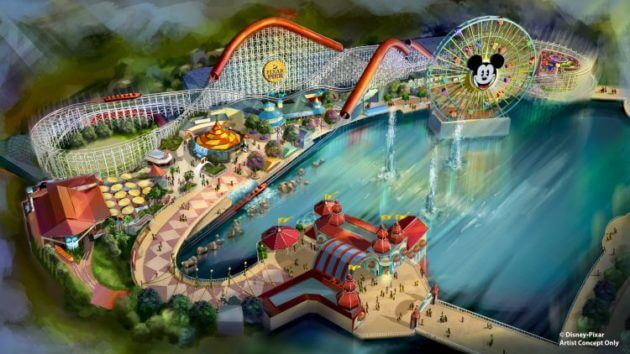 The Incredicoaster will open with the rest of Pixar Pier on June 23 at Disney California Adventure.