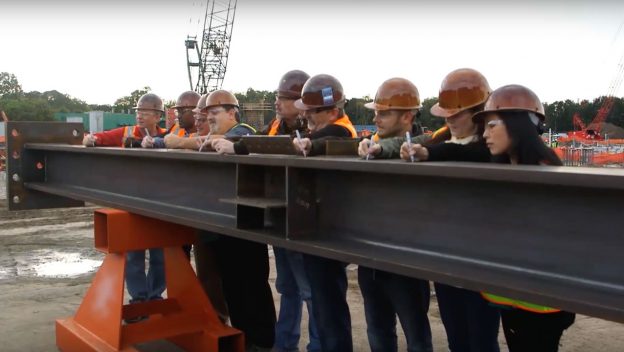 In this first installment, we go back to when the first beam was raised on the land destined to become Pandora. See Joe Rohde, Jon Landau, George Kalogridis, Djuan Rivers, and other members of the Walt Disney Imagineering team take part in the beam signing and share their excitement over the thrilling new land.

WATCH – PANDORA – THE WORLD OF AVATAR TIME CAPSULE: FROM BEAM SIGNING TO ONE YEAR ANNIVERSARY:

When Pandora – The World of Avatar opened to guests last Memorial Day Weekend, lines to enter the new land stretched through Disney’s Animal Kingdom. See the massive opening crowds in our video below.

Stay tuned for more from Disney’s Pandora – The World of Avatar Time Capsule series as the land celebrates its one year anniversary.

Comments Off on VIDEO: Disney’s Pandora – The World of Avatar Time Capsule series celebrates the land’s one year anniversary