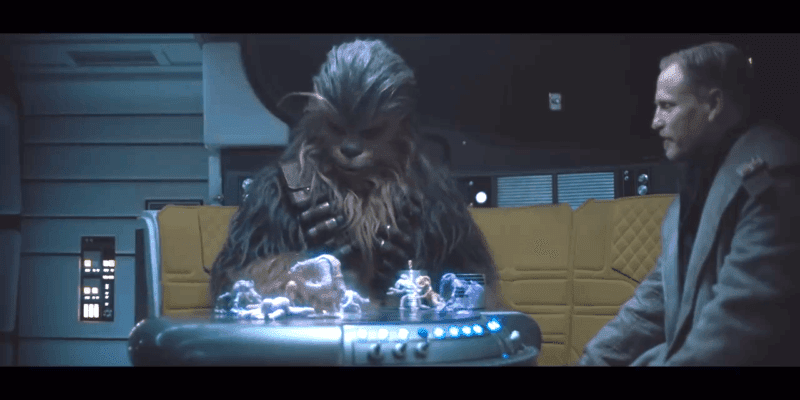 Two new clips from Solo: A Star Wars Story have arrived, with just over two weeks to go until the movie hits theaters.

In this first scene, Han Solo (Alden Ehrenreich) meets Lando Calrissian (Donald Glover) for the first time. When Han asks about Lando’s rumored notoriety, Lando replies, “Everything you’ve heard about me is true.”