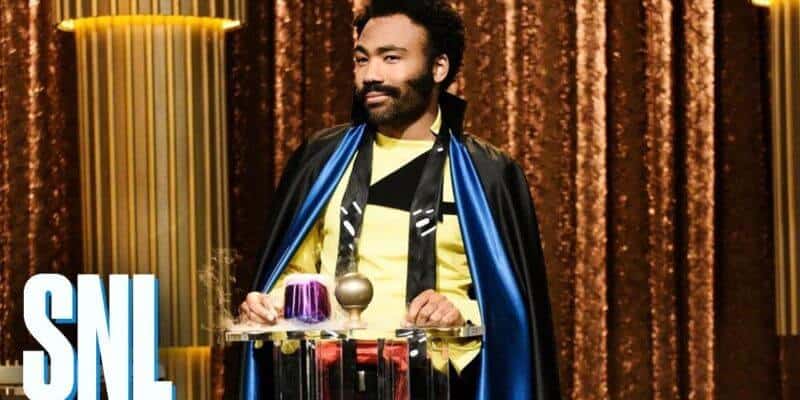 Donald Glover hosted “Saturday Night Live” this weekend, and he played beloved “Star Wars” character Lando Calrissian for one of the sketches.

In this funny scene, “Lando Calrissian (Glover) hosts a summit for all of the black people in space, which turns out to be four people (Kenan Thompson, Leslie Jones, Chris Redd).” Lando even entertains guests with some lounge music, singing alongside a “blue monster” who plays the piano.

“Solo: A Star Wars Story,” starring Donald Glover as Lando Calrissian, hits theaters on May 25. You can watch more of this week’s SNL over on the show’s YouTube page.