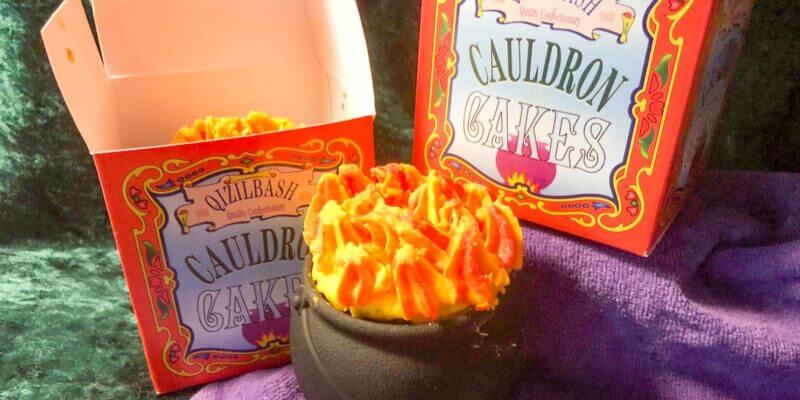 First introduced in 1854, Qizilbash Quality Confectionary cauldron cakes can still be found in sweet shops like Honeydukes and Sugarplum’s.  Different versions of the sweet treat materialized over the years.

Today, these brightly topped, super sweet cakes can only be purchased at Universal Studios’ Wizarding World of Harry Potter.  Various recipes reveal several styles of cauldron cakes that can also be conjured up at home. 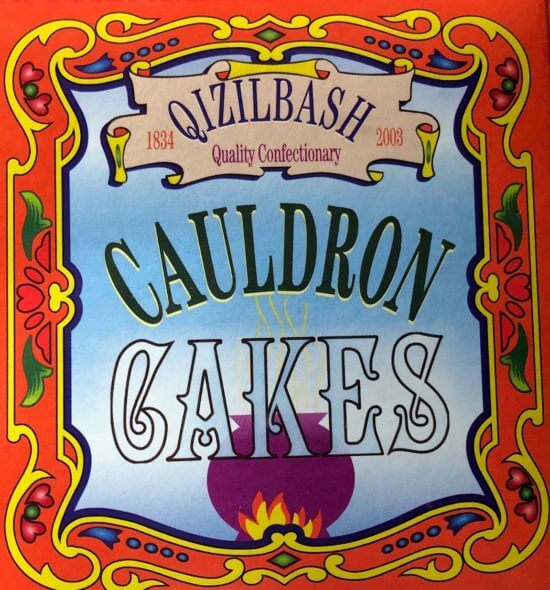 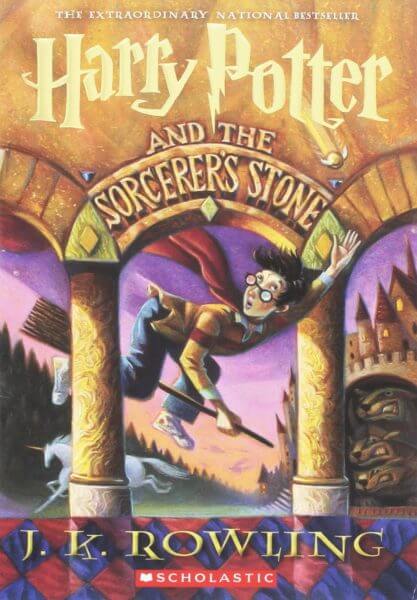 Since served in stacks, some see cauldron cakes as more of a pancake than the more popular cupcake style incarnation.

When Hogsmeade Village arrived at Universal Studios Florida theme park Islands of Adventure, in 2010, cauldron cakes came along for the ride.  Found nestled among a host of Harry Potter inspired treats within Honeydukes, these cauldron shaped confections cast their sweet spell on visiting muggles from day one. 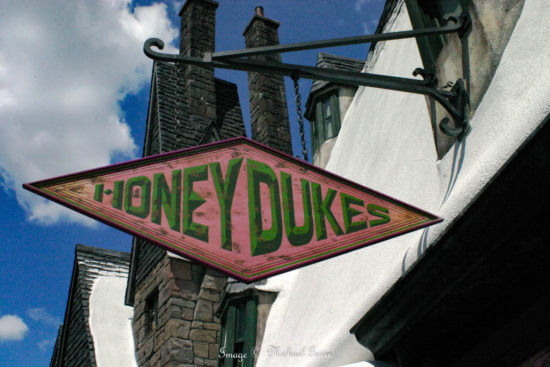 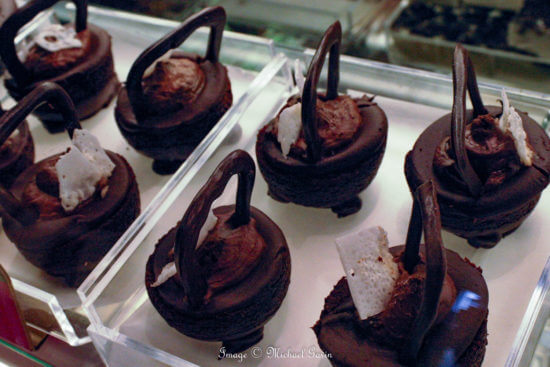 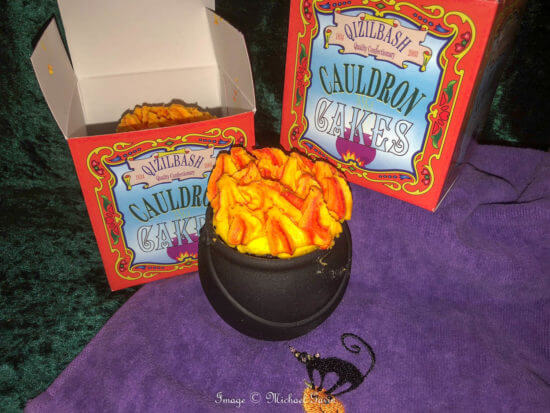 Early cauldron cakes appeared hand (or wand) made and were no uniform in appearance.  Original recipe renderings balanced chocolate cake with light chocolate mousse filling.  Chocolate candy coating and handles provided perfect amounts of semi-sweet sensation to a milder cake flavor.  Not nearly as sweet as their successor, many muggles miss this version. 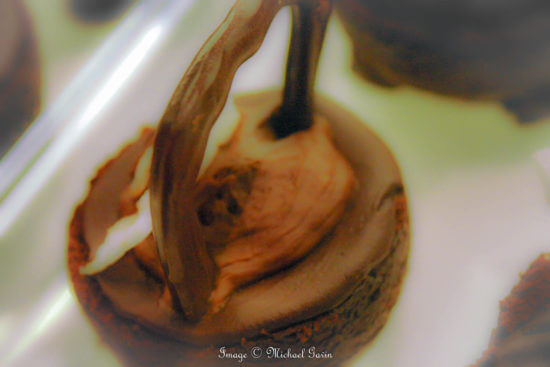 Contemporary cauldron cakes cost $9.95 each, are larger, much more eye appealing than their predecessor and come with an added bonus: a reusable silicone cauldron (complete with recipe to make additional cakes). 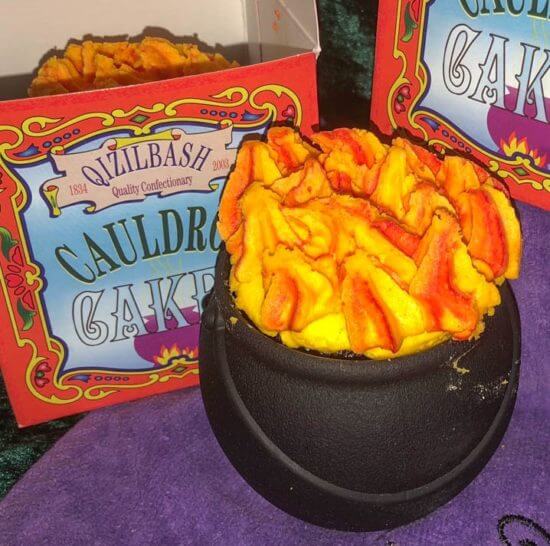 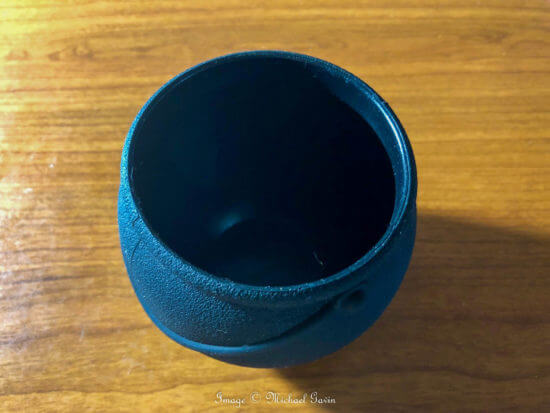 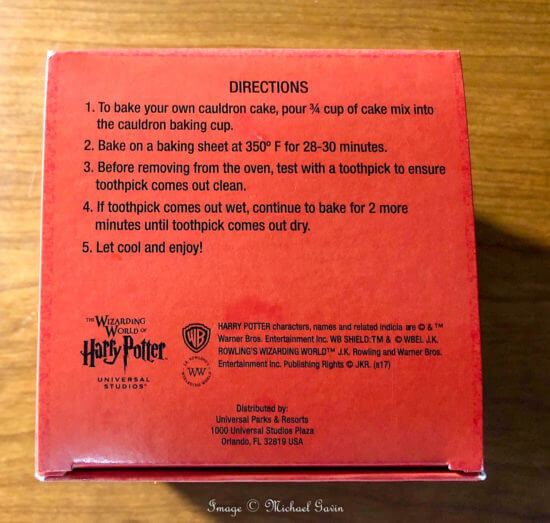 Above advantages, however, loose their appeal when it comes to consuming this overly sweet treat.  Generous amounts of buttercream icing, though spellbinding, overpower already ridiculously rich chocolate cake.  For those who love supremely sweetened confections, new cauldron cakes cast the perfect spell. 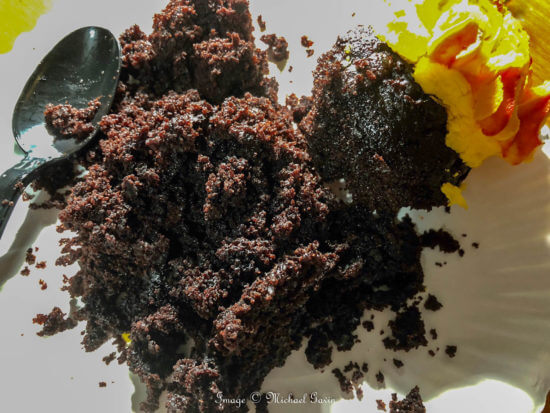 From a personal perspective, I did find the new version to be too sweet for my tastes.  The new box makes a nice addition to my growing confection collection of Potter paraphernalia, as does the silicone cauldron.  Outside of keepsake bonuses, cauldron cake’s original offering is preferred. 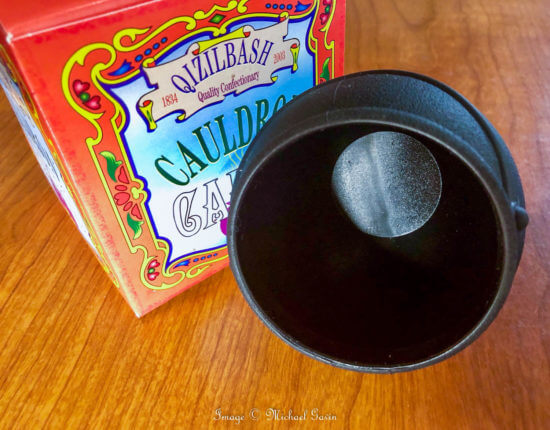 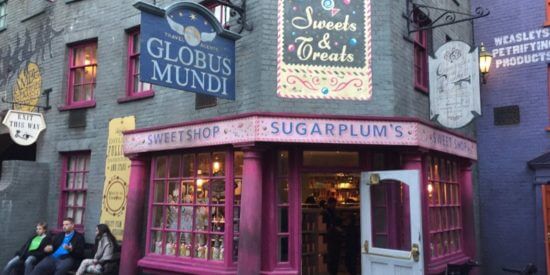 Have you tried the new version of cauldron cakes at Universal Studios’ Wizarding World of Harry Potter?  What are your thoughts?  Which version do you prefer?