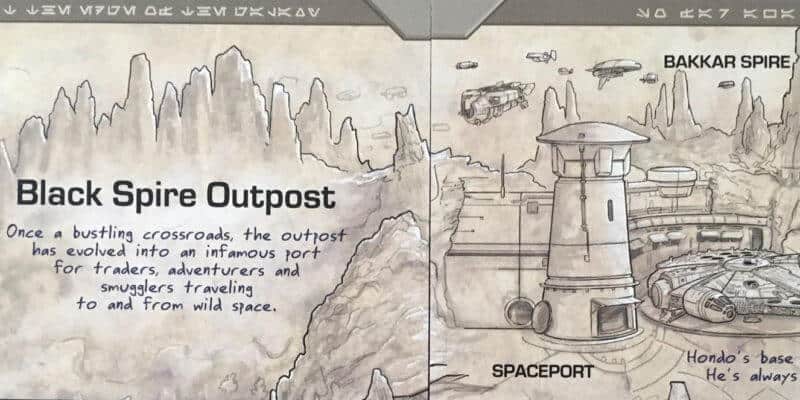 A Long Time Ago in a Galaxy Far, Far Away… well actually, just a little over five months ago in Orlando– during the Star Wars Galactic Nights event held at Walt Disney World in conjunction with the release of “Star Wars: The Last Jedi” into theaters– attendees were given packs of Star Wars: Galaxy’s Edge trading cards upon exiting the event. On the backs of these cards were part of a map: the map of planet Batuu (or more specifically, Black Spire Outpost, as we now know the main city to be called). The only problem was the map wasn’t complete. Cards were missing from the set with no indication of when we might be able to acquire more.

Thankfully, as one could have predicted, this past weekend’s reprise of Star Wars Galactic Nights for “Solo: A Star Wars Story” saw the release of the remainder of the Galaxy’s Edge cards– and the completion of that sought-after map, finally filling in the gaps and revealing even more location names and details about this highly-anticipated (and huge) new “Star Wars”-themed area coming soon to Disneyland and Disney’s Hollywood Studios. 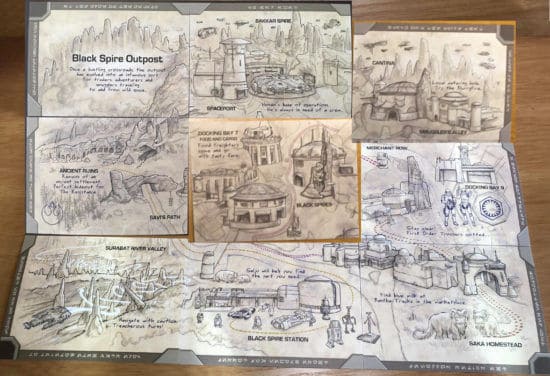 The text on the map is as follows, reading the cards from left to right and top to bottom:

Black Spire Outpost – once a bustling crossroads, the outpost has evolved into an infamous port for traders, adventurers and smugglers traveling to and from wild space.

Spaceport – Hondo’s base of operations. He’s always in need of a crew.

Ancient Ruins – Remains of an ancient settlement. Perfect hideout for the Resistance.

Black Spire Station – Salju will help you find the part you need.

Has anyone seen @StarWars: #GalaxysEdge trading cards besides the ones pictured here? Hoping a new batch makes it way to the parks this summer (likely around Galactic Nights). pic.twitter.com/K10ROZBMkR

The coded wording around the frame of the map (translated from the fictional Star Wars written language Aurebesh) reads as follows:

At the edge of the galaxy / so far away / black was the spire that / called me to stay. / A beacon for drifters / forgotten and lost / the spires summoned / those broken and tossed. / Come stay here forever or / just pass on through. / The spirit of Black Spire / will forever change you.

Cool May the Fourth swag (given out to Studios cast) featuring the Galaxy’s Edge map cards given out at Galactic Nights pic.twitter.com/sr4zDbQYpF

The front sides of the cards also depict new artwork and clues as to what experiences fans can expect when they finally have the opportunity to visit Star Wars: Galaxy’s Edge next year. 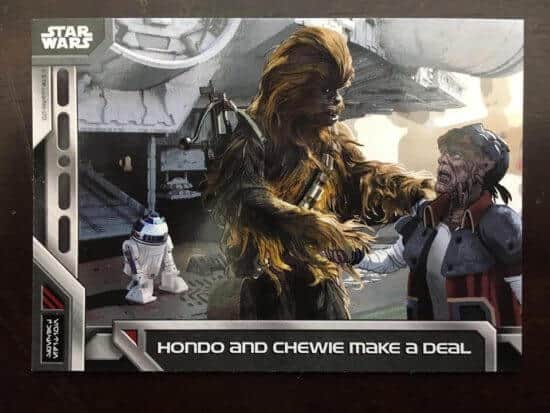 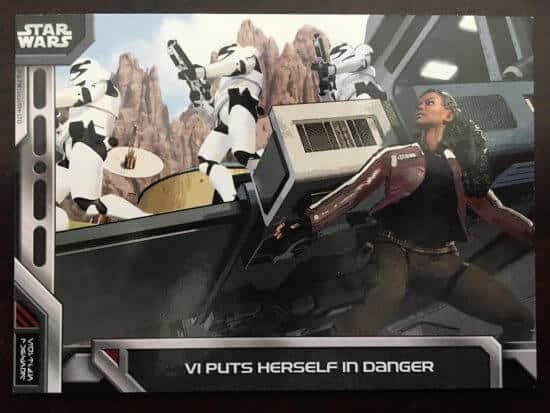 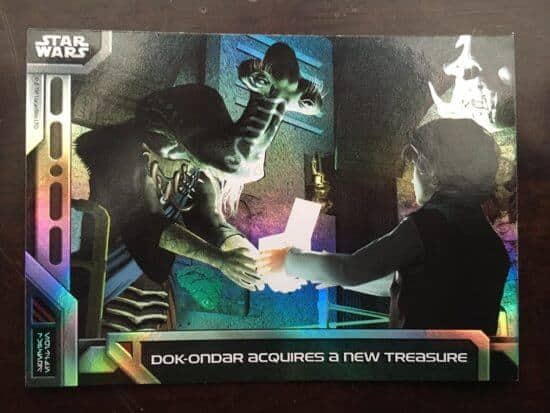 It’s always exciting to learn new details about Star Wars: Galaxy’s Edge, and knowing the specific locations we’ll be able to visit once we are allowed to walk through those entrance gates only makes the next year-long wait all the more exciting!

The @StarWars #GalaxysEdge trading cards from #GalacticNights form together to make a map with more details, but each pack only contained part of the set. pic.twitter.com/chzP6nlltC

Star Wars: Galaxy’s Edge is scheduled to open summer 2019 at Disneyland Resort and late fall 2019 at Walt Disney World. Big “thank you” to ITM reporter Mike Mack and Twitter user Alex (@Imagineer2017) for helping to fill in the gaps on the puzzle.