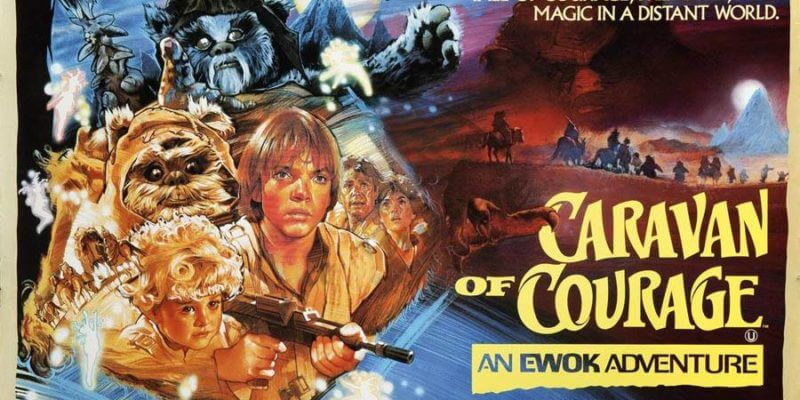 While Ewoks were first introduced into the Star Wars universe in the 1983 original trilogy sequel, “Return of the Jedi,” the fierce furry creatures have been around long before the events leading to Death Star 2.0’s demise.

Set between its animated counterpart (“Star Wars: Ewoks”) and source movie, “Return of the Jedi,” “The Ewok Adventure,” along with its sequel, “Ewoks: The Battle for Endor,” emerged as Emmy award winning, made for television children’s movies in the mid-eighties. 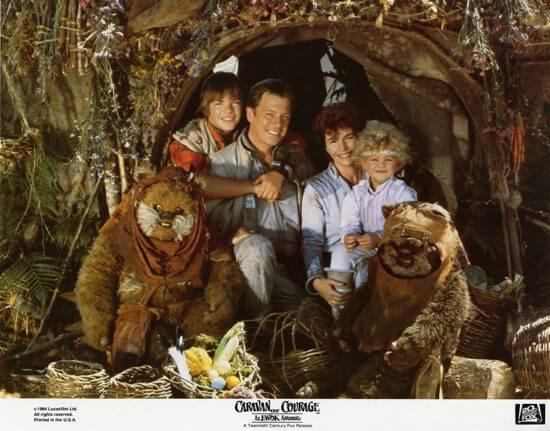 In a deliberate depiction of will and resourcefulness winning out over technology, the adorable teddy-bear like inhabitants of Endor turned the tide and helped the Rebel Alliance overturn the Empire.  Most memorable of these Ewoks was a warrior named Wicket. Brought to life by 14 year old Warwick Davis, Wicket, and the Ewoks, would return over the next two years, for a pair of television movies. 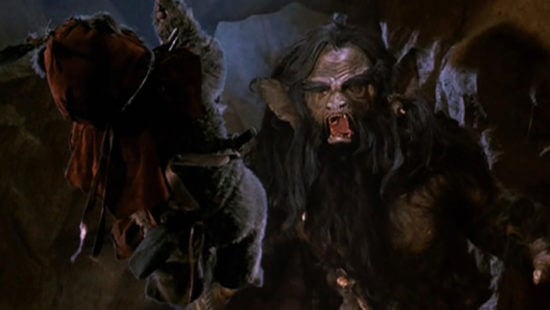 Eventually retitled “Caravan of Courage: An Ewok Adventure,” this simple Star Wars story follows a pair of Human children in search of their parents.  Separated after a crash landing on the forest moon, the children enlist the help of Wicket and his Ewok friends to find their parents.  Unfortunately the parents have been captured by the evil Gorax.

“Ewoks: The Battle for Endor”

A helpful hermit (Wilfred Brimley) joins Wicket (Warwick Davis) and Cindril (Aubree Miller) in this sequel to “Caravan of Courage.”

“Marauders raid the Ewok village and steal a power supply they believe to be magical. Wicket helps Cindel escape the evil witch Charal, and they befriend a hermit who may help them save the village.” -IMDb

Both of these Star Wars spin offs gained recognition within the Emmy Awards.  “Caravan of Courage: An Ewok Adventure” was a finalist for Outstanding Visual Effects. Sadly the movie did not win. However, follow up film “Ewoks: The Battle for Endor” took home the award in the following year, along with nominations for  Outstanding Children’s Program and Outstanding Sound Mixing for a Miniseries or a Special. 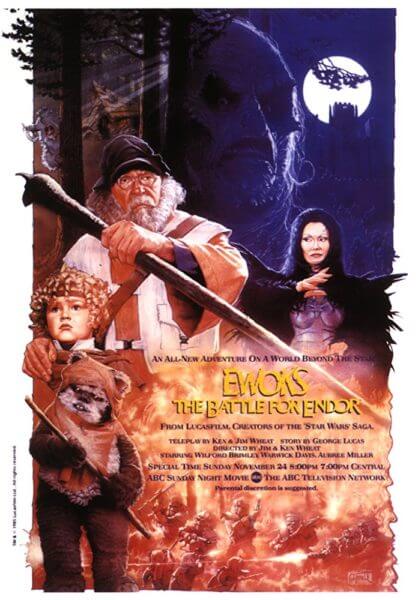 Though not quite the same style of adventure experienced in big screen Star Wars feature films, both Ewok television movies enjoy a faithful fan following to this day.  In addition to this pair of TV movies, two seasons of the animated series, “Star Wars: Ewoks,” fueled furry fun on Saturday mornings (1985-1986).

“Caravan of Courage: An Ewok Adventure” and “Ewoks: The Battle for Endor” are available for purchase ($52.95 on Amazon; limited copies available). 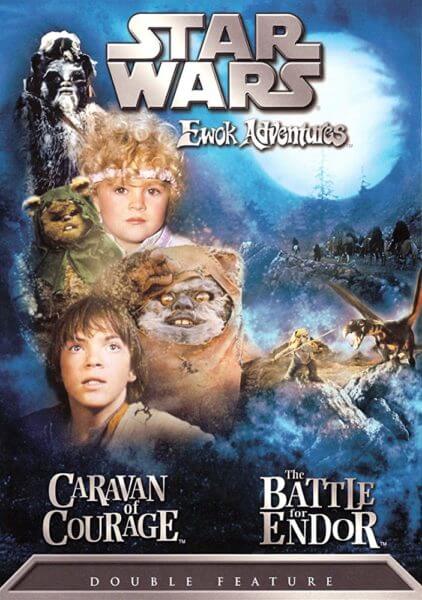