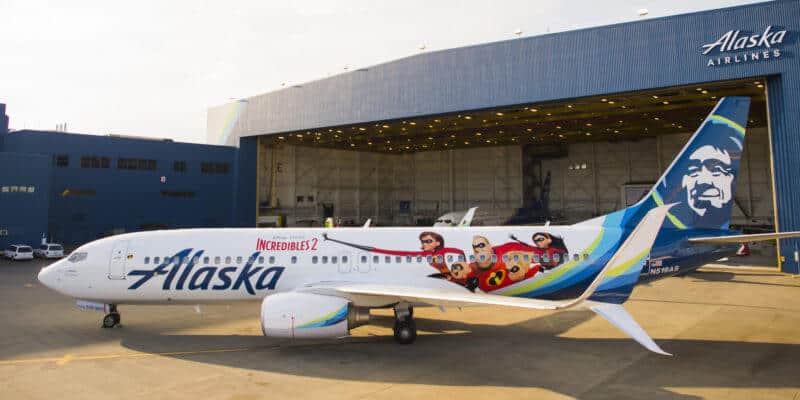 In anticipation of this summer’s sequel to The Incredibles, Alaska Airlines unveiled a special-edition Incredibles 2 plane.

Featuring the Parr family, Alaska’s first Disney-Pixar plane made its debut at the airlines’ Seattle hangar on Aviation Day. More than 2,000 cheering students, who also got a behind-the-scenes look at the aviation industry, were on hand to welcome the new plane to the fleet. Here’s the aircraft’s description, courtesy of Alaska Airlines:

Decked out in their Incredible super suits, the Parr family—Bob, Helen, Violet, Dash and baby Jack-Jack—spans the fuselage. Guests boarding the Incredibles 2 plane will see a logo when they board. An image of the raccoon from the film, Jack-Jack’s nemesis, will delight guests seated over the wings. 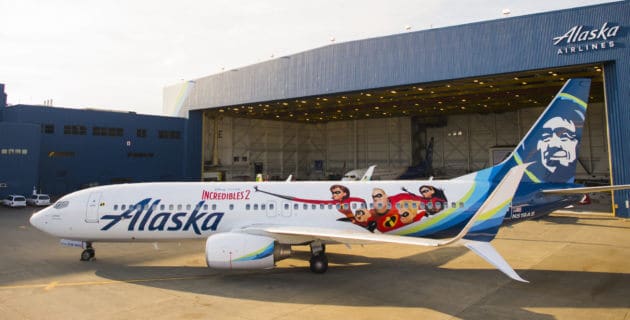 “This plane will delight guests of all ages from San Francisco to New York and beyond,” said Natalie Bowman, Alaska Airlines’ managing director of brand marketing and advertising. “Like all of us at Alaska Airlines, many of our guests have anxiously awaited Incredibles 2. We’re honored to take this incredible family to new heights and share the imagery with travelers across our expansive route network.”

A collaboration between Disney-Pixar and Alaska Airlines, the Incredibles 2-themed 737-800, tail number N519AS, began flying Alaska’s route network on Sunday, May 6. With a cruising speed of 530 mph, the plane will delight Disney-Pixar fans throughout the country via transcontinental routes and flights to Hawaii.

Disney-Pixar’s “Incredibles 2” arrives in theaters on June 15. To keep up with promotional activities leading up to the movie’s release, follow Alaska Airlines on Facebook or Twitter.