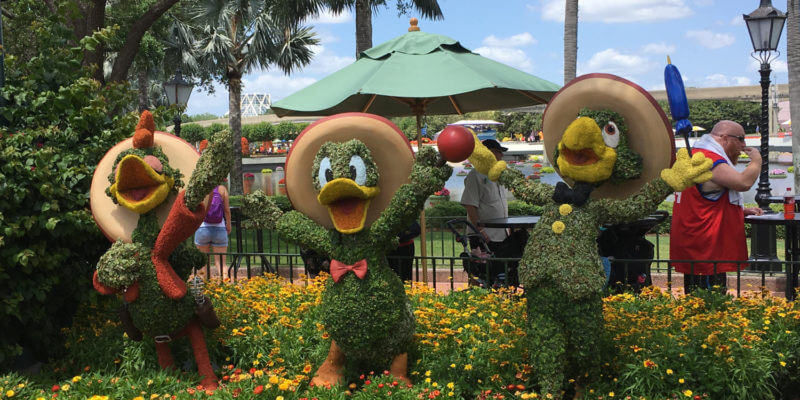 With the arrival of May, mid-year holidays usher in summertime fun. Warmer weather, including annual humidity “festivals,” arrive along with celebrations of independence and remembrances for those who have made the ultimate sacrifice for their country.

May also announces important anniversaries. Specifically, the 156th anniversary for Mexico. Cinco de Mayo means more than a victory recognition, though. It is also, here in the United States, a celebration of Mexican-American culture. 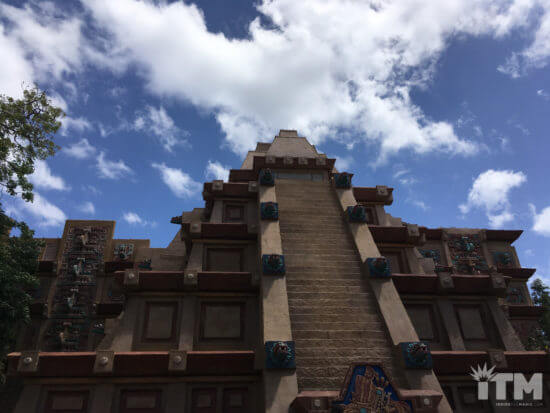 Though the holiday has become more of a reason to party in many areas, similar to St. Patrick’s Day, there is more to the 5th of May than many might realize. One thing it is not, contrary to popular belief, is a celebration of Mexican independence. That honor arrives several months later, on September 16th.

France’s occupation of Mexico in the 1800s took a significant blow when the outnumbered Mexican army defeated French forces on May 5, 1862. Known as the Battle of Puebla, this event was not the end of the occupation but rather the start of a series of actions that brought France’s departure from Mexico. 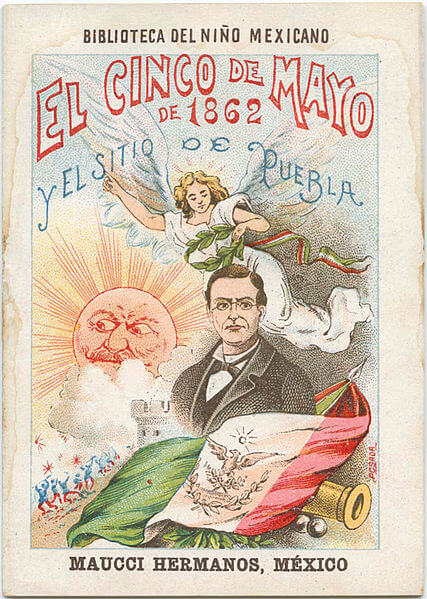 Contributing factors making May 5, 1862, included keeping the French from aiding Confederate soldiers during the American Civil War. This lead to America, once free from their North vs. South conflict, in turn, being able to help Mexico eventually defeat the invaders. Combined with other external global threats (from both Prussia and the United States), Napoleon III retreated from Mexico rather than face continued guerilla attacks. 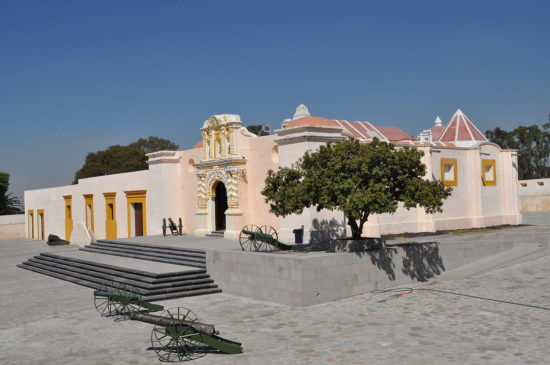 By defeating a more advanced army than doubles in size, the Battle of Puebla provided the morale-boosting rally for Mexico to defeat Napoleon’s plans for a “Latin American” empire. 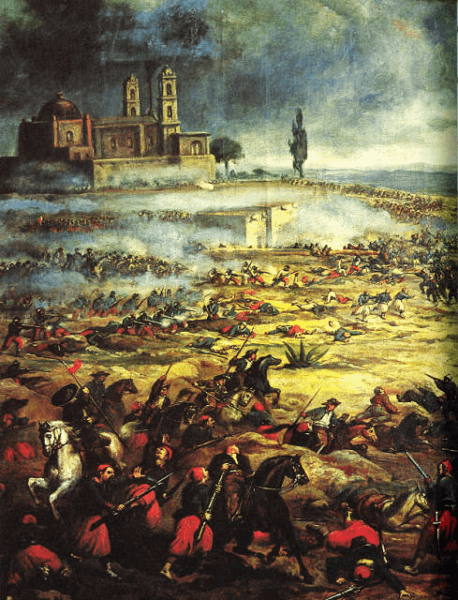 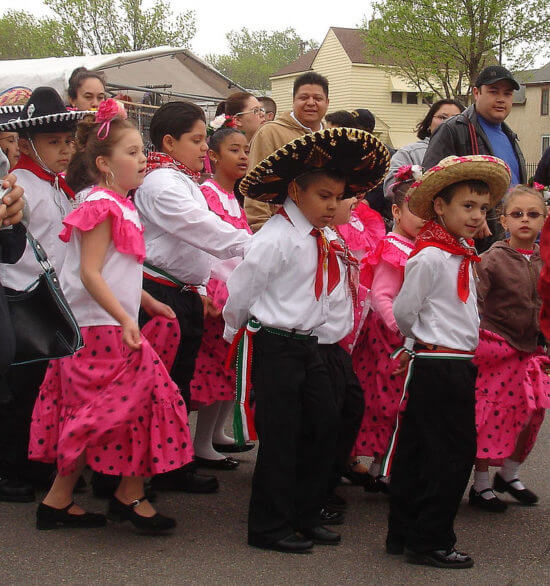 Today the holiday has transformed into a celebration of Mexican culture rather than an anniversary of a battle where outnumbered Mexican soldiers defeated a larger, technologically advanced French Army.

California, Mexico’s neighbor, started celebrating Mexico’s victory the next year (1863) and has been ever since. “Fiesta Broadway,” held in Los Angeles, holds the honor of being the world’s largest Cinco de Mayo celebration.

With the realm of vacation destinations in mind, Walt Disney World has the perfect place to explore Mexican culture and celebrate Cinco de Mayo. Within EPCOT’s World Showcase, a large square pyramid houses the Mexican pavilion. Within this enchanting experience, Mexican culture comes to life with dining, artifacts, artisans, and an amazing ambiance. 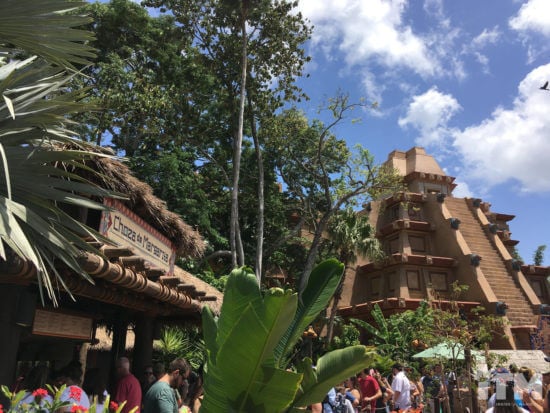 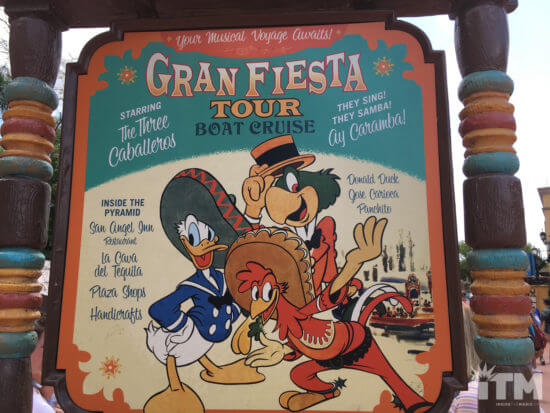 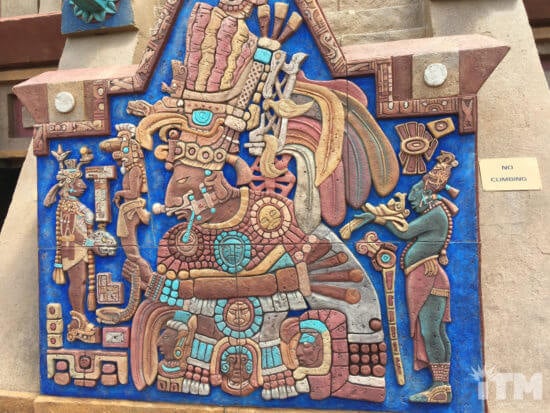 Though highlighting another important Mexican holiday, Day of the Dead, Remember Me features historical and modern aspects of this timeless tradition. A perfect primer to the Country’s brightly colored culture. 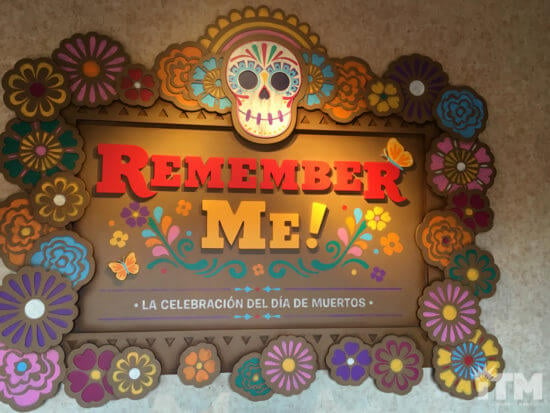 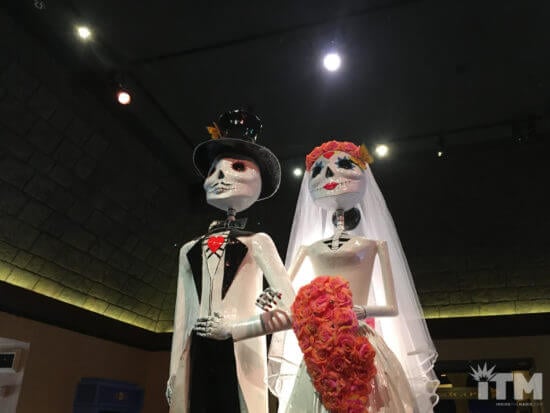 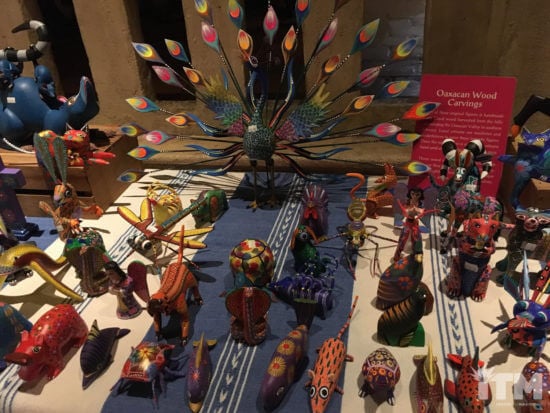 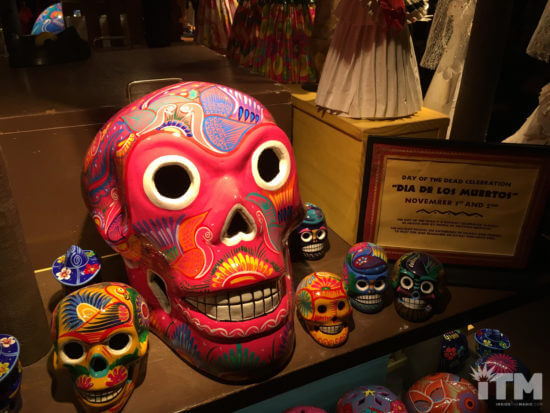 Beyond the historical displays, enchantment awaits. As they pass through the entrance of the main chamber, Guests are transported to eternal evening. Perfectly painted in brilliant illumination, the very same pyramid just entered now appears as a distant, nocturnal centerpiece. Behind this, across the River of Time and almost ready to erupt, a glowing volcano greets visitors. Filling the cavernous space between this breathtaking view is a vibrant market featuring various vendors offering Mexican-themed trinkets and treasures. 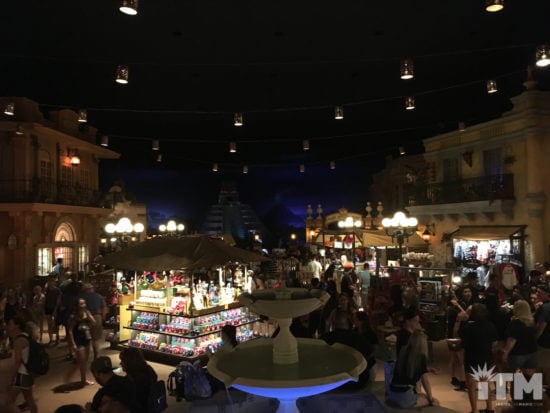 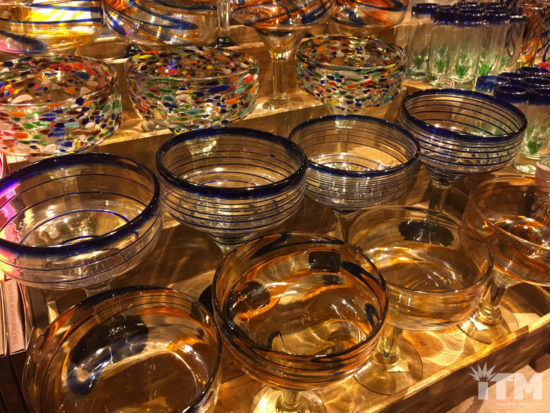 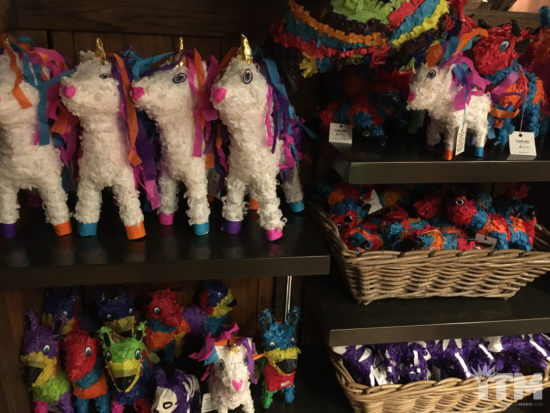 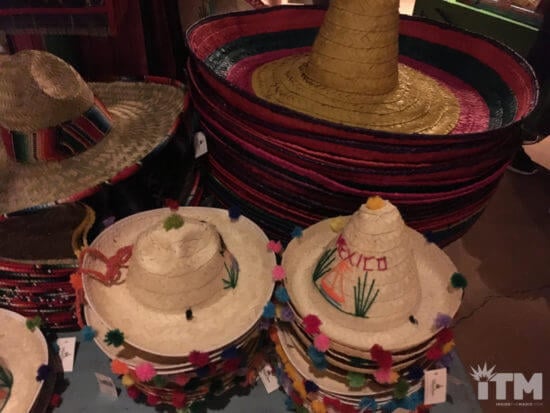 Along with spectacular artisans and spectacular shopping, and attraction awaits. Gran Fiesta Tour Starring, the Three Caballeros, takes Guests on an exciting boat ride across Mexico as Panchito and Jose quest to find their pal, Donald.  Incorporating the Three Caballeros into what was formerly known as “The River of Time” gives this attraction appeal to Guests of all ages. 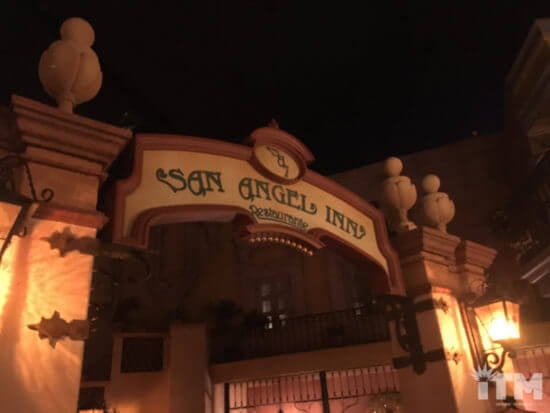 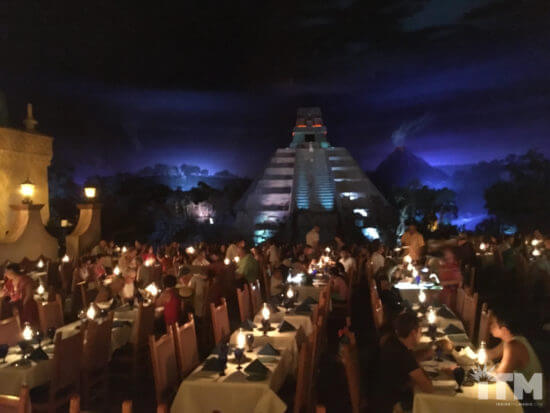 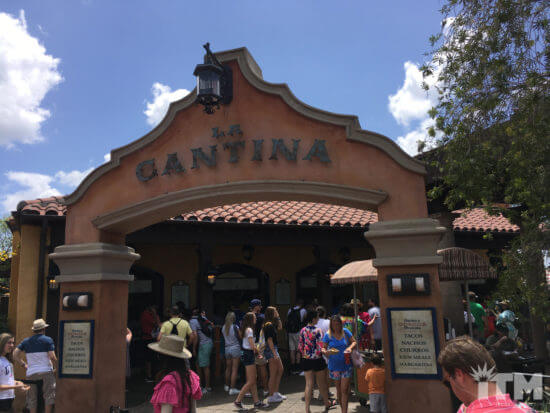 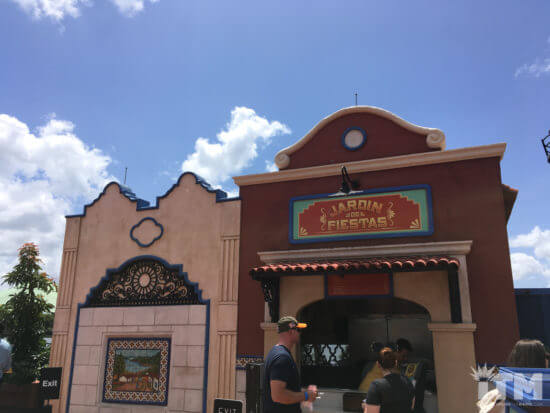 For even more festive fun, be sure to check additional Cinco de Mayo celebrations at Disney Springs. 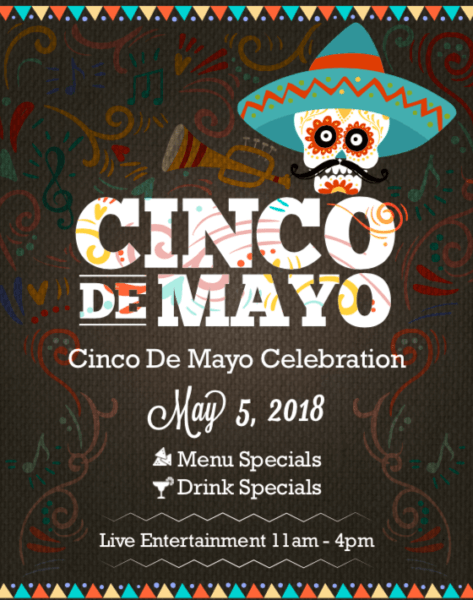 Get Ready for Fiesta: A round-up of Cinco de Mayo events at Disney Springs