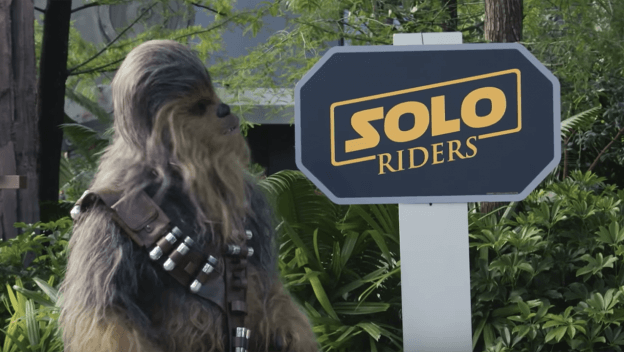 Guests arriving at Star Tours – The Adventures Continue were asked to speak a special password. Those who landed on the correct phrase were treated to a meeting with Chewie himself before riding the attraction, which was filled with characters from the “Star Wars” universe.

Below, see guests at Disney’s Hollywood Studios embark on a special adventure with Chewie during Star Tours – The Adventures Continue.

Though this was a one-time adventure, guests can meet Chewie daily at the Rebel Base in Star Wars Launch Bay at Disney’s Hollywood Studios.

Comments Off on VIDEO: Chewbacca surprises guests at Walt Disney World during search for co-pilots on Star Tours