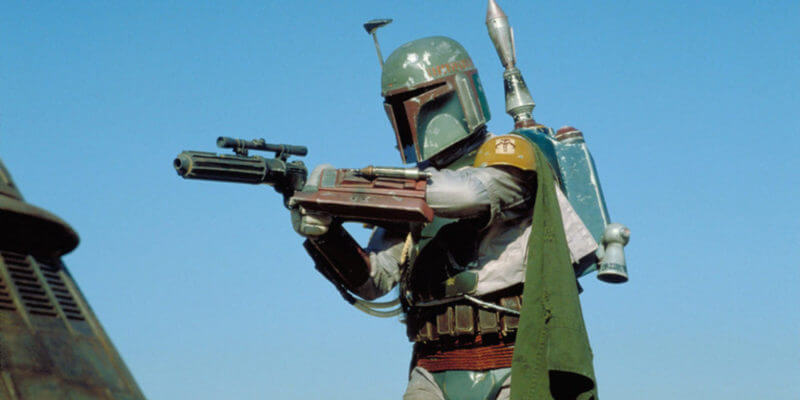 On the eve of the release of Lucasfilm‘s new “Star Wars” standalone spinoff movie “Solo: A Star Wars Story,” we’ve learned that Han Solo’s nemesis, the fearsome bounty hunter Boba Fett, is reportedly getting a feature film of his very own.

According to an exclusive story in The Hollywood Reporter, James Mangold (co-writer and director of 2017’s critically-acclaimed hit Wolverine movie “Logan”) is currently writing and will helm the Boba Fett movie in collaboration with “Logan” producer Simon Kinberg (“The Martian,” 2015’s “Fantastic Four”). Previously Mangold also directed “The Wolverine” starring Hugh Jackman, the Russell Crowe / Christian Bale Western remake “3:10 to Yuma,” and the Johnny Cash biopic “Walk the Line,” among others.

Boba Fett would join Han Solo, the “Rogue One” crew, and the reportedly also-in-development Obi-Wan Kenobi as characters to warrant their own individual movies outside of the larger overarching “Star Wars” saga, although the Boba Fett film was also rumored to be the project director Josh Trank (“Chronicle,” “Fantastic Four”) was attached to before parting ways with Lucasfilm in 2015.

As we wait for official confirmation from Disney on the Boba Fett and Obi-Wan Kenobi movies, we can enjoy “Solo: A Star Wars Story,” in theaters nationwide starting tonight.