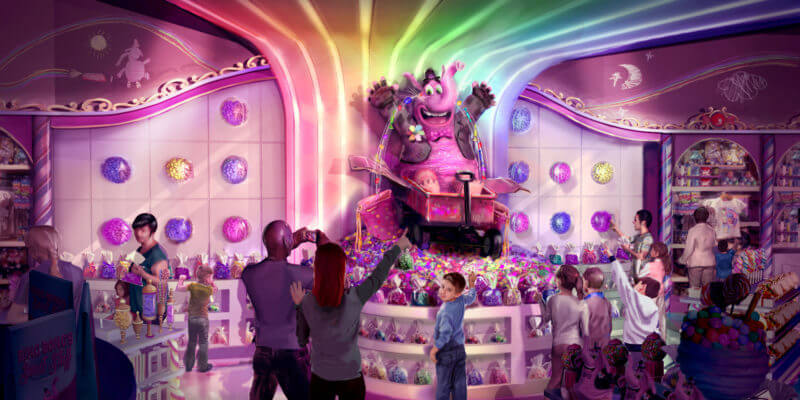 It’s almost time to go to the moon with Bing Bong. A month from now, when Pixar Pier first welcomes guests at Disney California Adventure theme park in Southern California’s Disneyland Resort, the tantalizing candy shop Bing Bong’s Sweet Stuff will serve as an anchorpoint near the area’s west-side Inside Out Headquarters neighborhood.

During the Pixar Pier media preview event this week, Walt Disney Imagineers and Pixar creatives sat down with journalists to provide new details about Bing Bong’s Sweet Stuff, the design of its inhabitants, and of course its colorful imaginary host Bing Bong. 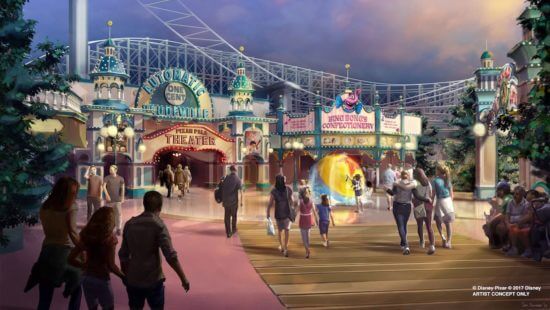 Tasha Sounart, Associate Creative Director, Theme Parks at Pixar Animation Studios:  “This is a candy shop that we’ve been working on, and we just thought that Bing Bong from ‘Inside Out’ was the perfect character to have here because he cries candy tears.”

Jeffrey Shaver-Moskowitz, Executive Director, Walt Disney Imagineering:  “This confectionery is going to be this burst of color in our Pixar Promenade area right across from [Pixar Pal-Around] and the bandshell, held down by Bing Bong as a centerpoint. But we also have some moments with Rainbow Unicorn in here, with Jangles the Clown… a really fun ‘Inside Out’ story in this space.” 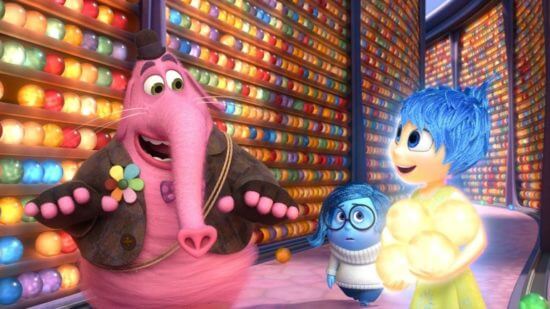 Sounart:  “I did the pose for Bing Bong in the wagon. He’s turning out great.”

Gould:  “Tasha, how many years were you an animator at Pixar?”

Sounart:  “Nine years, I started on ‘A Bug’s Life.’ And then I actually left and worked in video games for a while, which sort of ties in with my work in theme parks now, because we do a lot of multimedia stuff. [This is] an awesome dream job that combines [my other previous jobs].”

Gould:  “[Bing Bong] is going to be amazing and it’s really funny when you’re building a character that describes himself as being made of cotton candy.”

Moskowitz: “It’s great in animation, [but] how do you physically do that? [We’re having] a lot of fun with that.” 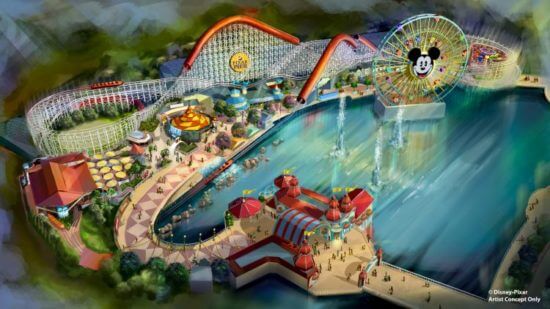