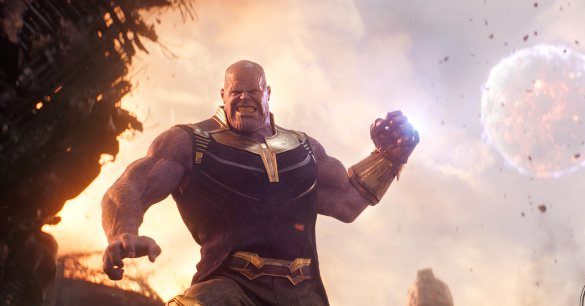 We are just a few short weeks from the destiny of the Marvel Cinematic Universe arriving in theaters, and with every new promo, trailer and TV spot the Avengers’ situation appears to keep getting worse and worse.

The latest TV spot for “Avengers: Infinity War” was released on Saturday and it focuses on Black Panther and the Wakandan military delivering a chant as we see a series of action shots featuring some of our favorite heroes.

At first glance, this new TV spot doesn’t provide much new information. An interaction between Cap and Bucky and a joke from Okoye stand out as the most interesting pieces. However, if you happened to watch the video on social media, like Marvel’s twitter for example, you may have caught a fleeting ominous visual.

Where will you be when it all ends? See Marvel Studios' @Avengers: #InfinityWar in theaters April 27. Get tickets now: https://t.co/UiS1rbHQrS pic.twitter.com/nv4KGLSAVI

Did you catch it? Did you see Thanos emerging from a dark cloud of some sort? Take a closer look at the Infinity Gauntlet at that moment. 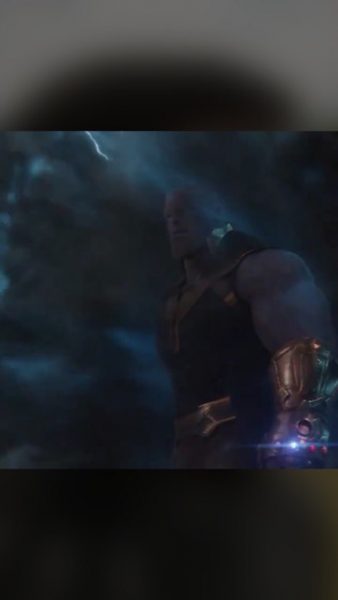 Purple, blue, red, orange. Looks like Thanos has done some more collecting. We’ve seen him with the purple Power Stone and the blue Space Stone in previous trailers. Now, it appears he has the red Reality Stone and yes, even the orange Soul Stone which has never previously appeared in the MCU.

Marvel snuck this quick glimpse at the stone in, as it was only seen on social media. If you saw the new TV spot on television or on YouTube, this is what you would have seen. 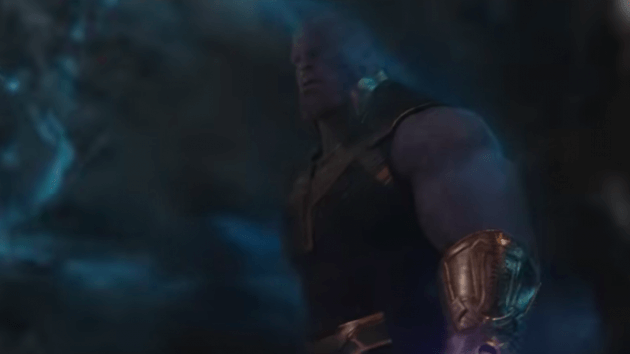 While this still doesn’t reveal the mystery of where the Soul Stone is right now, it does show us that Thanos will have it eventually, which is not good for the Avengers or half of all life in the universe.

You can see if Thanos will collect all six Infinity Stones when “Avengers: Infinity War” hits theaters April 27.