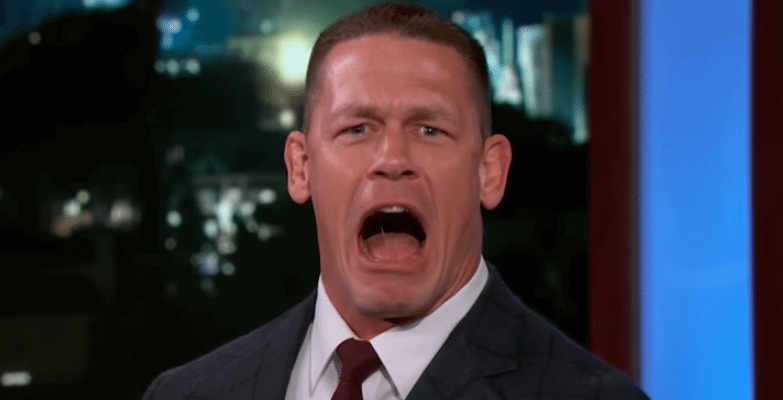 John Cena and Dwayne “The Rock” Johnson have a lot of history together. They have faced off on multiple occasions in the WWE and both have transitioned from their wrestling careers to become movie stars.

Cena recently visited Jimmy Kimmel Live to promote Universal Pictures’ comedy “Blockers” and he was asked about a comment The Rock recently made about him. Cena’s epic response earned a standing ovation from Kimmel.

You can see Cena (and everything he referenced in that video) in “Blockers” in theaters now.

Comments Off on VIDEO: “Blockers” star John Cena hilariously responds to a threat from The Rock