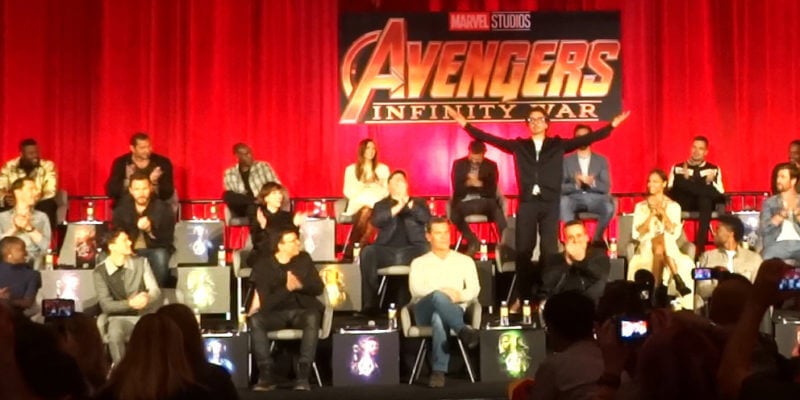 Yesterday in Los Angeles, the cast and creative team of Marvel Studios‘ massive new superhero team-up movie “Avengers: Inifity War” assembled onstage to answer the media’s questions about the sure-to-be-blockbuster movie opening this week. The inimitable actor Jeff Goldblum (“Jurassic Park,” “Thor: Ragnarok”) served as host and moderator for what turned out to be an unforgettable hour of banter and good-natured interplay between celebrities.

Nobody can answer any questions without spoiling anything, so Chris @prattprattpratt just talked about bass fishing for a few minutes. #AvengersInfinityWar pic.twitter.com/V7XpXaR4NP

“Avengers: Infinity War” will be released into theaters nationwide this Friday, April 27th. 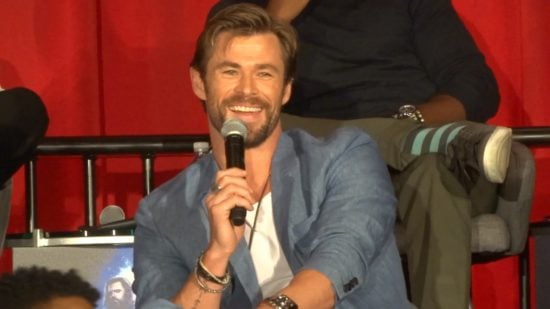 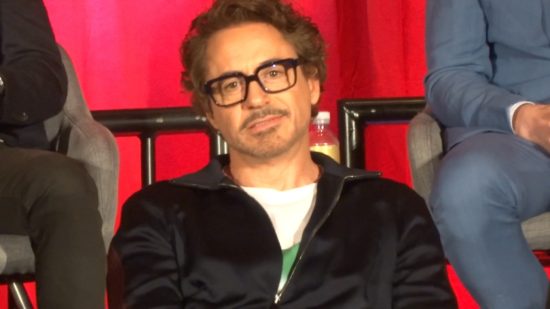