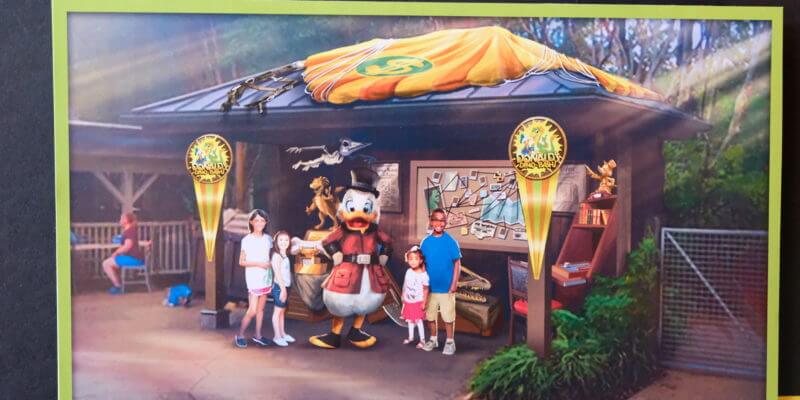 Take a look at the new character experiences coming to Donald’s Dino-Bash!, which is bringing Scrooge McDuck, Launchpad McQuack and many more characters to DinoLand U.S.A. at Disney’s Animal Kingdom!

DinoLand U.S.A is one of Disney’s Animal Kingdom’s original lands. This is where guests can experience dinosaurs, prehistoric life and the beloved Dinosaur dark thrill ride attraction. And coming this May, guests to this land will be able to experience new character experiences and a DJ-powered dance party. Here is our first look at the new experience! 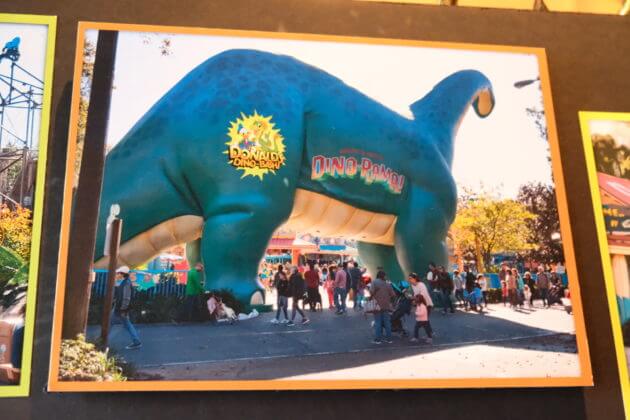 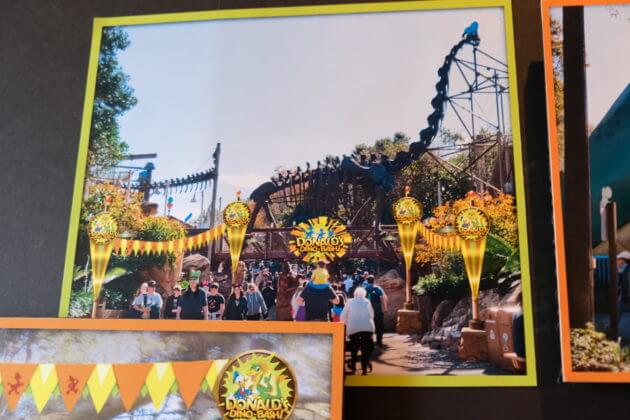 The story of the experience follows the narrative that Donald Duck has just found out that science says ducks are direct descendants of Dinosaurs, which thrills Donald and brings him to DinoLand U.S.A. to celebrate this discovery! Donald brings all his friends, including Goofy, Daisy, Scrooge McDuck, Launchpad McQuack, Pluto and Chip ‘n’ Dale. 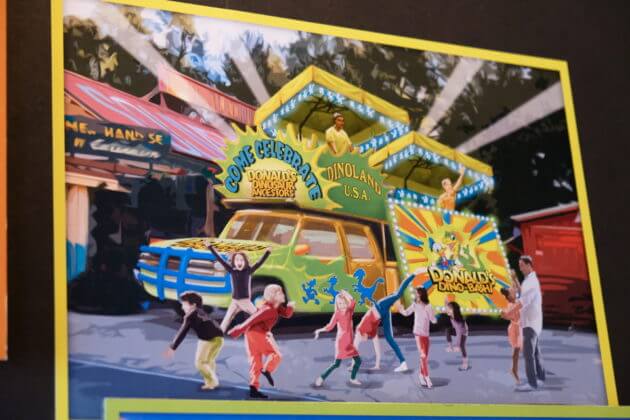 This new addition to the beloved land will make it the ultimate character experience in Disney’s Animal Kingdom as it will feature 7 new meet and greets with 8 characters.

Pictured above is a look at Donald’s ride, which brought him and all of his friends to DinoLand U.S.A. Below, you can see “Daisy Designs,” where Daisy will be found in the land. This is her design studio where she will meet and interact with guests. 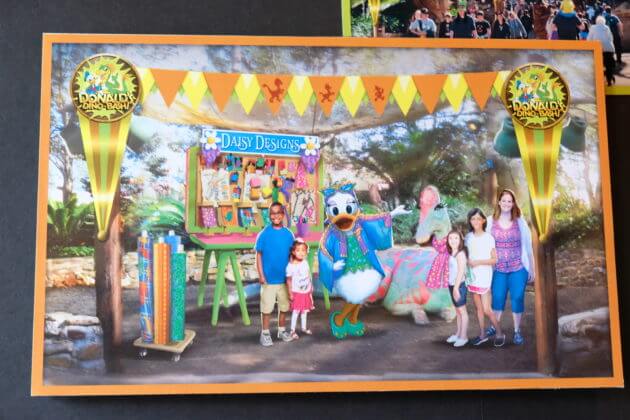 Donald will have his own welcome center in the land. 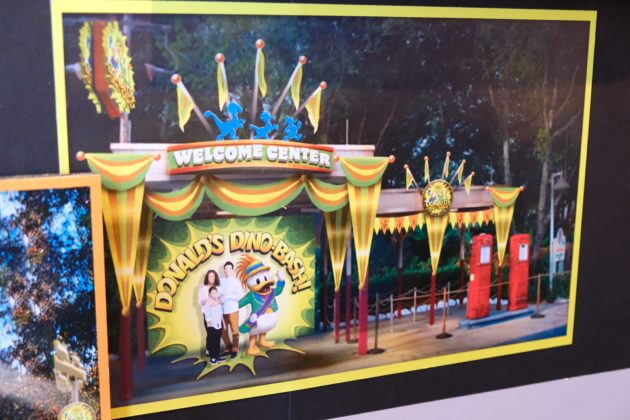 Goofy will have his own Dino-rama midway games. 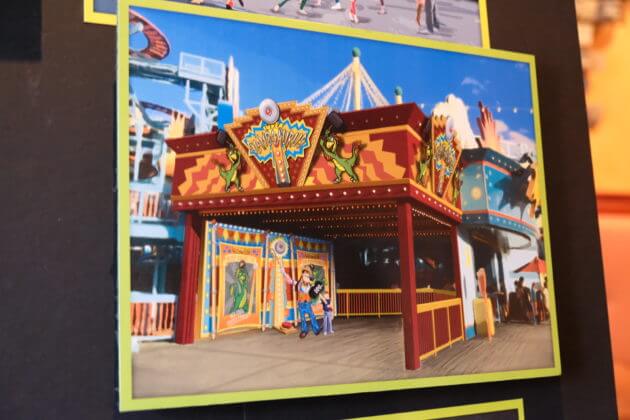 Scrooge will also have his own meet and greet area in the park as well as Launchpad McQuack, who will have his own aerial expeditions center. 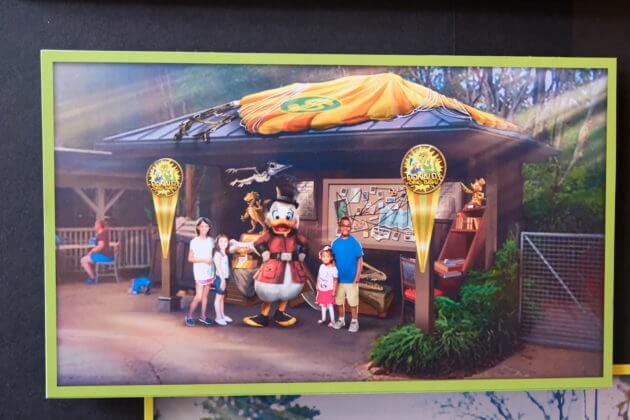 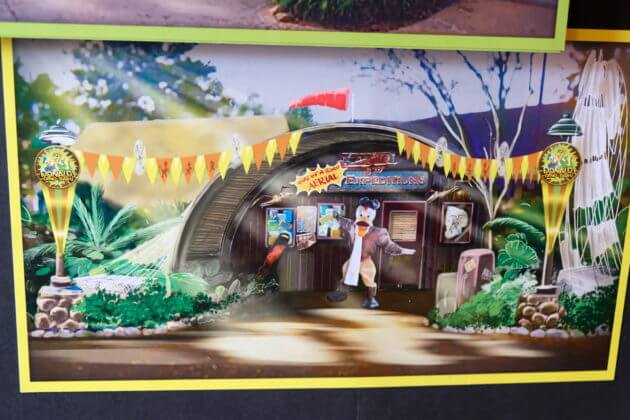 Chip ‘n’ Dale will be featured in the land wearing dinosaur-themed pajama-like costumes. 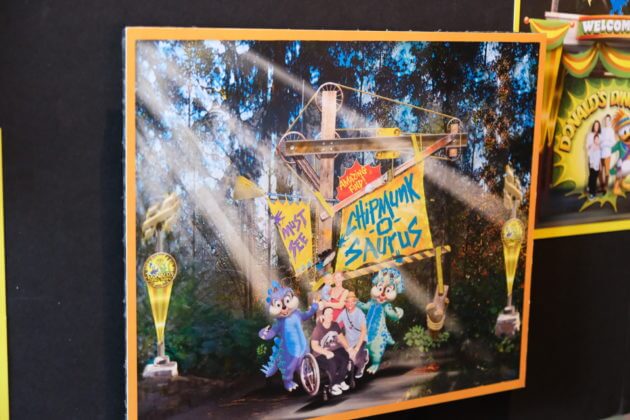 In addition to these already amazing meet and greets, the event will also include a nightly dance party by Donald, where everyone can shake their tail feathers. The dance party is the newest addition to the lineup of after-dark entertainment that keeps the fun going past sundown at Disney’s Animal Kingdom.

Donald’s Dino-Bash! will premiere next month on Memorial Day Weekend (May 25, 2018).

For more information, be sure to visit the official website.

Are you excited for Donald’s Dino-Bash!? Let us know in the comments below!