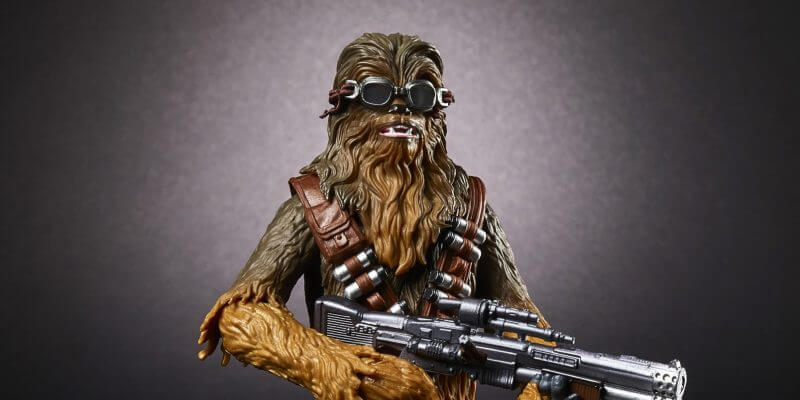 Hasbro has revealed a new collection of exciting products based on “Solo: A Star Wars Story” ahead of its upcoming May 25 theatrical release date.

Take your “STAR WARS” collection to the next level with these incredibly detailed figures. These premium 6-inch scale figures are designed with extensive detail and articulation for the ultimate collector. Available exclusively at Target. 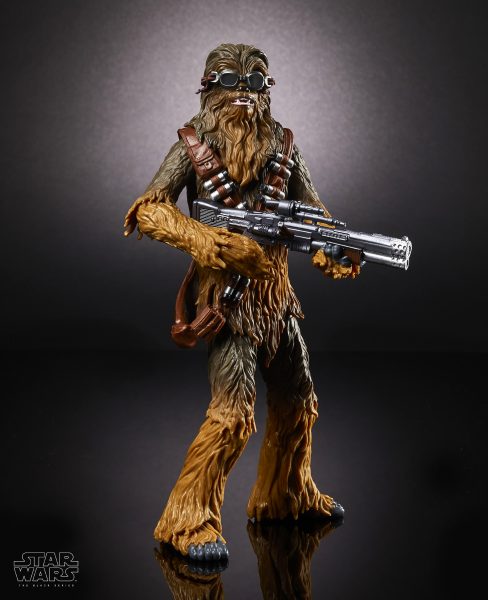 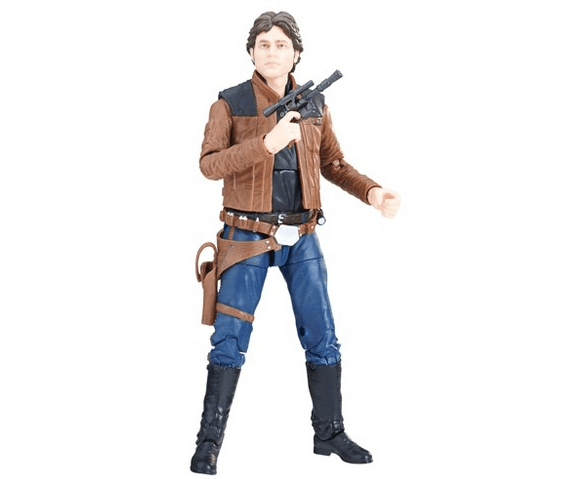 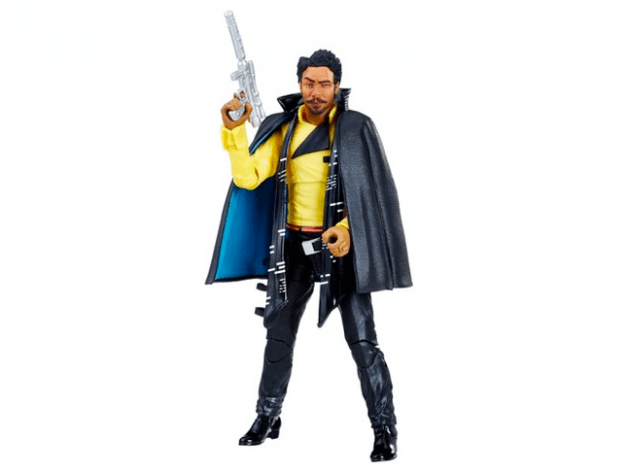 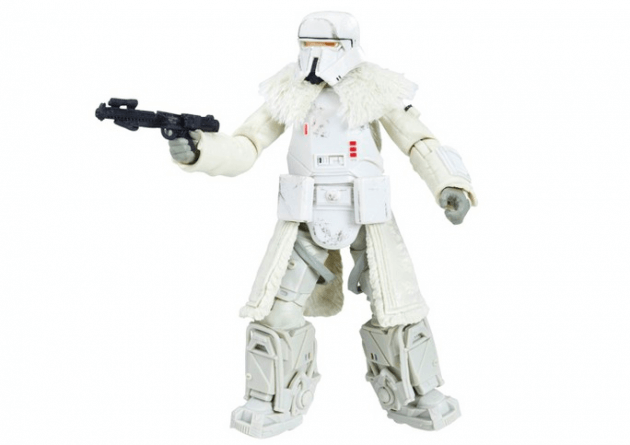 Soar through the galaxy with the 3.75-inch scale HAN SOLO’S LANDSPEEDER and HAN SOLO figure, or the RESISTANCE A-WING FIGHTER and RESISTANCE PILOT TALLIE figure. All vehicles and figures are FORCE LINK 2.0 enabled, with phrases and sounds activated by the wearable technology, sold separately. Includes 1 vehicle and 1 figure. Each sold separately. Available at most major retailers. 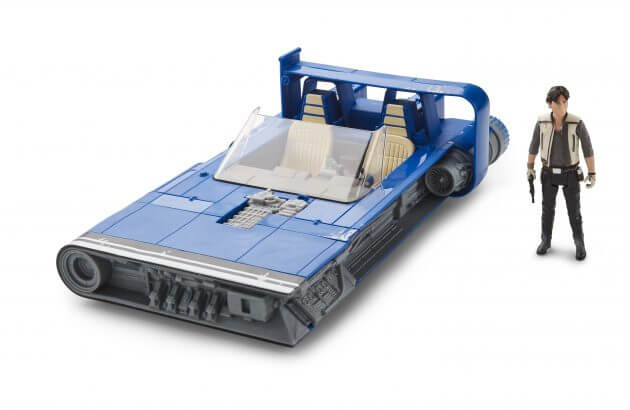 Enter the world of STAR WARS and launch into action and adventure! Each 3.75-inch figure features five points of articulation and comes with unique battle accessories. Characters include classic heroes and villains, as well as favorite characters from SOLO: A STAR WARS STORY, STAR WARS: THE LAST JEDI, and ROGUE ONE: A STAR WARS STORY such as CHEWBACCA, LUKE SKYWALKER, QI’RA, K-2SO, MAZ KANATA, RANGE TROOPER, STORMTROOPER (MIMBAN), and more. Activate an array of sounds and phrases specific to each character with FORCE LINK 2.0 wearable technology. FORCE LINK wearable technology is compatible with all products in the FORCE LINK line, each sold separately. Available at most major retailers. 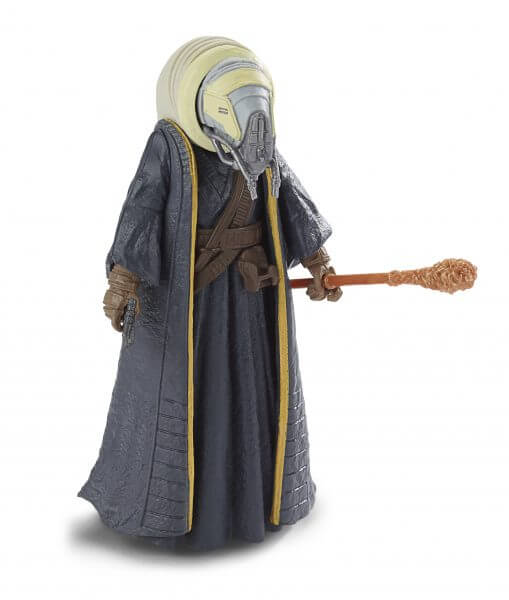 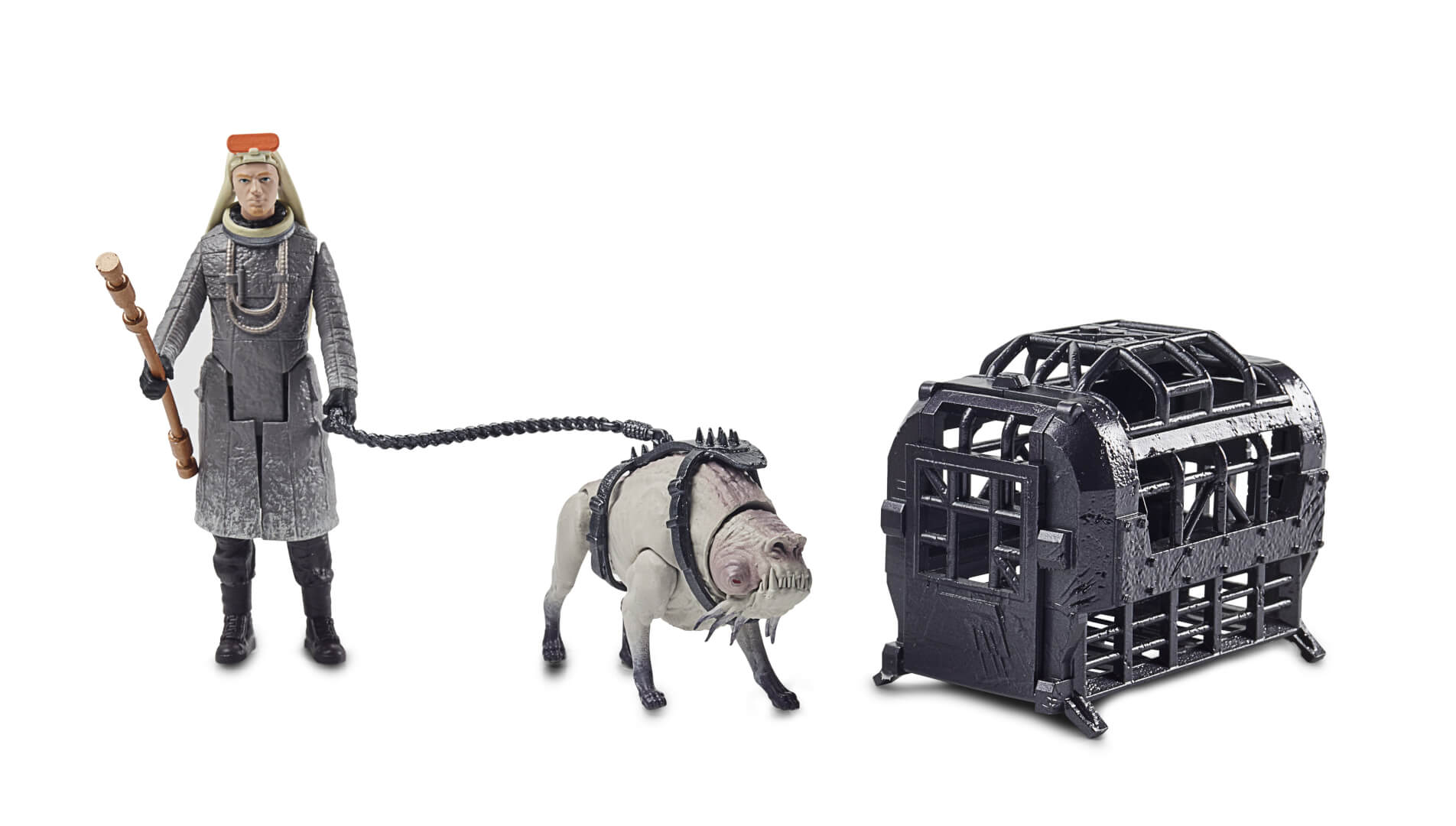 Get ready for more over-sized STAR WARS adventures with these 12-INCH FIGURES! Each figure is crafted with five points of articulation and comes with its own accessory. Characters include HAN SOLO, QI’RA, IMPERIAL PATROL TROOPER, and more. Each figure sold separately. Available at most major retailers. 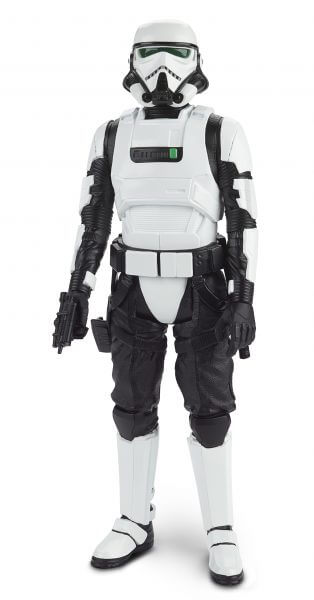 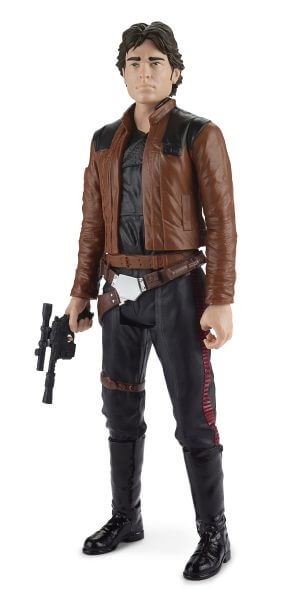 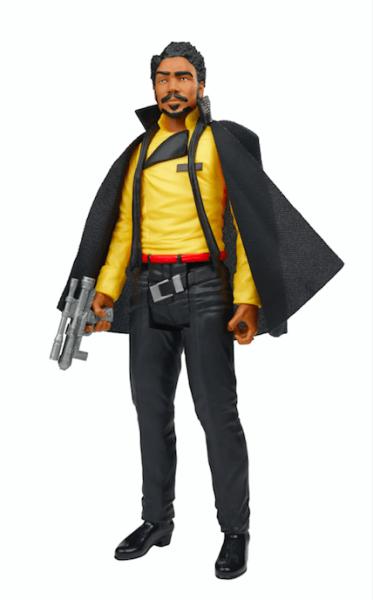 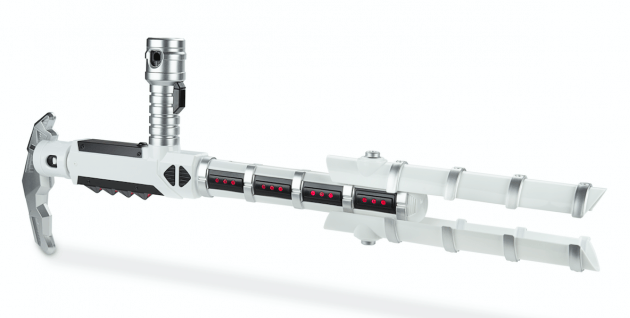 Recreate thrilling battles with the NERF GLOWSTRIKE QI’RA Blaster! This front-load blaster fires each dart up to 75 feet and features light and sound effects inspired by the movie. Keep the fun going from day to dusk with GLOWSTRIKE technology light effects and glow-in-the-dark darts. Pull the slide back between each blast to activate the GLOWSTRIKE technology and light up the battle. Includes 4 Elite GLOWSTRIKE darts. Requires 1 AA battery, included. Available at most major retailers. 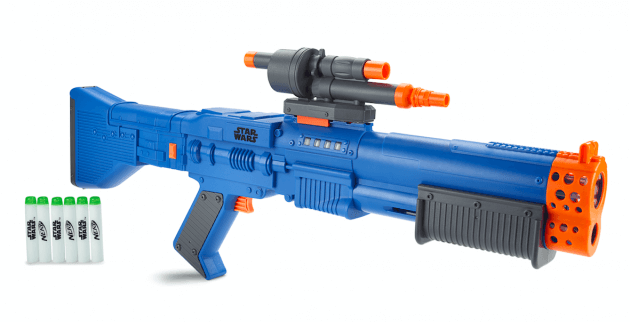 Create the wildest Wookiee hairstyles in the galaxy! Grow PLAY-DOH hair for Chewbacca by filling him up with PLAY-DOH compound and pressing down on his arms. Once his hair has gotten too long, grab the BB-8 scissors and chop it all off to start all over again! Use the bowcaster comb for more creative customization and make other STAR WARS shapes with the half-molds around the playset. Available at select toy retailers and on HasbroToyShop.com. 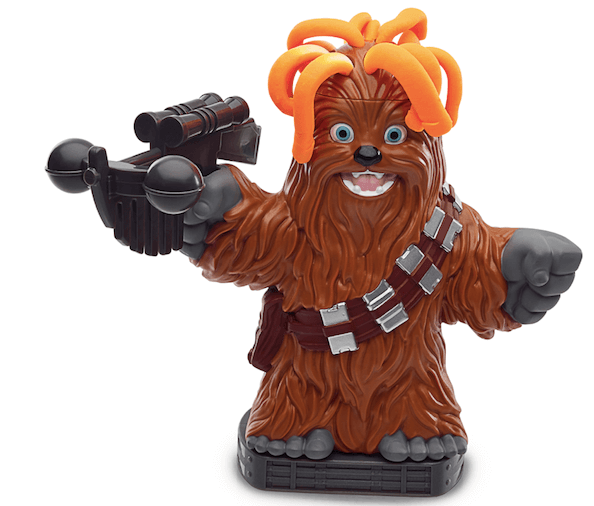 Based on classic MONOPOLY gameplay with an intergalactic twist, players can move across the STAR WARS themed gameboard to uncover memorable moments throughout HAN SOLO’S life. Featuring graphics of the beloved character from the iconic STAR WARS series, the MONOPOLY: HAN SOLO Edition Game will have fans across the galaxy racing to “own it all!” The STAR WARS MONOPOLY: HAN SOLO Edition Game includes 1 gameboard, 4 Tokens, 28 Title cards, 16 Chance cards, 16 Community Chest cards, 32 Houses, 12 Hotels, 2 Dice, 1 Money Pack, and one game guide. Available at select toy retailers and on HasbroToyShop.com. 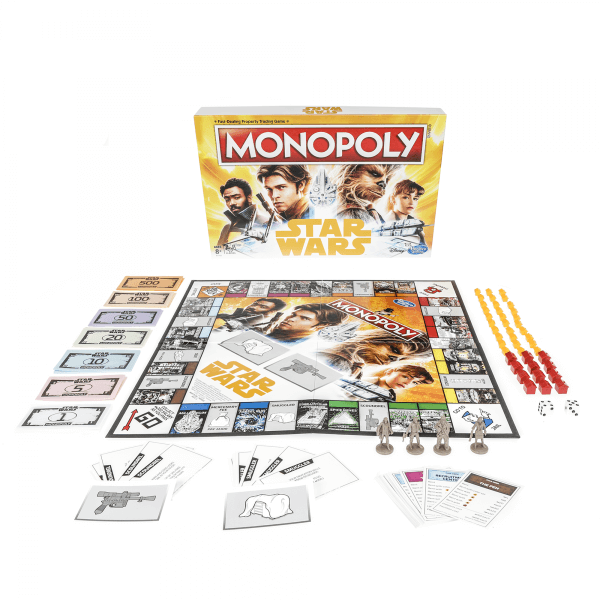 The STAR WARS: HAN SOLO Card Game will challenge Jedi’s to think strategically to outwit their opponents. To play, players will draw cards in an effort to score as close to zero as they can to collect the most valuable bounty tokens. The player whose tokens add up to the highest value at the end of the game wins! If players take too many risks – they might lose, or they could win the Millennium Falcon token! Card game includes 62 HAN SOLO Cards, 24 cardboard bounty tokens, and 2 dice. Available at select toy retailers and on HasbroToyShop.com. 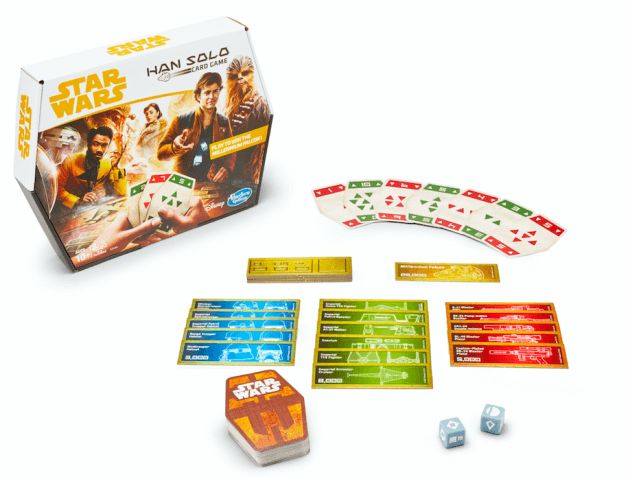 Iconic STAR WARS characters are spinning heads around the galaxy with the STAR WARS MIGHTY MUGGS Figures. Whether it be REY with a face of determination preparing for battle or KYLO REN with an evil grin as he imagines taking over the galaxy, these hyper-stylized figures feature a push-and-turn mechanism that lets fans change the figure’s facial expression by pushing down on the head. With 3 different expressions and classic character designs, these figures will have fans doing a triple take. Characters include HAN SOLO, QI’RA, LANDO CALRISSIAN, and more. Each sold separately. Available at most major retailers and on HasbroToyShop.com. 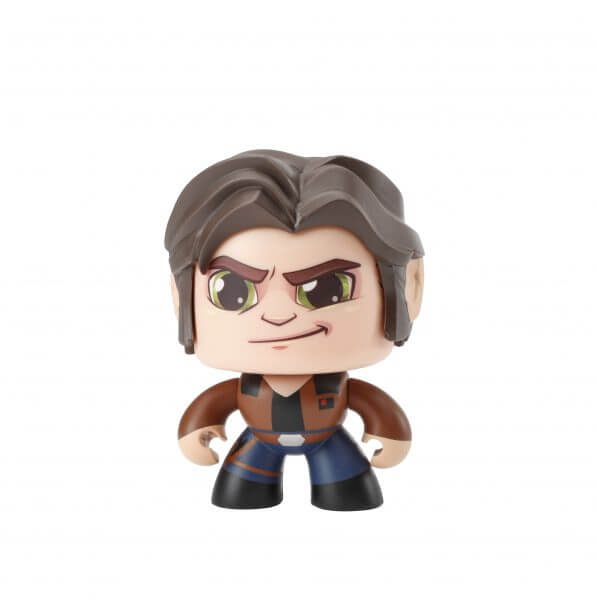 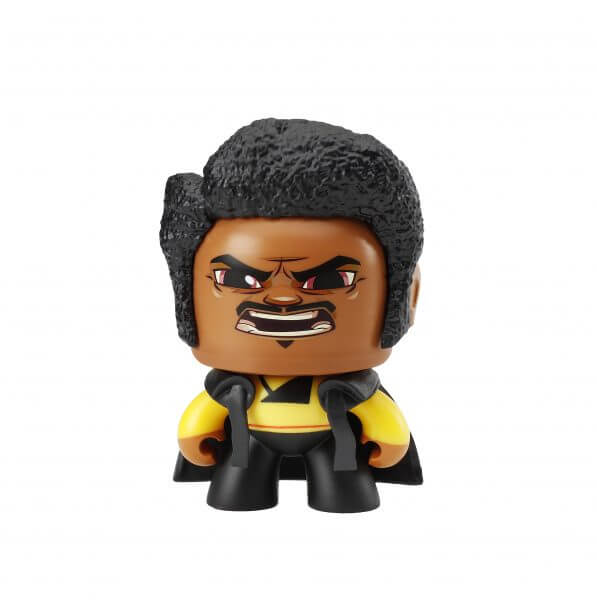 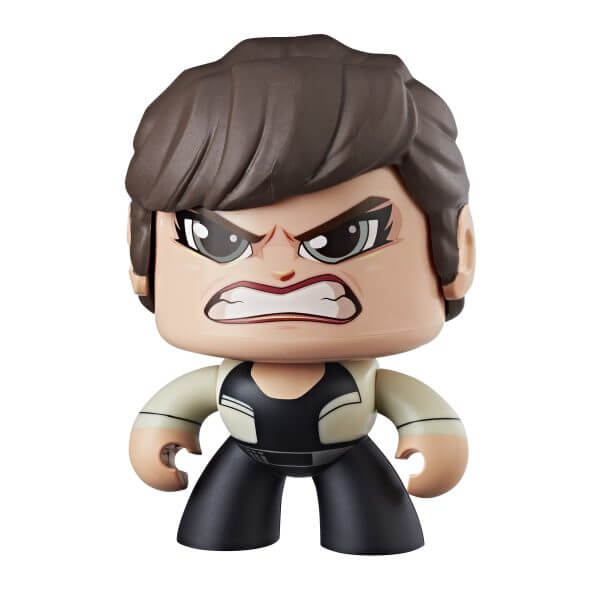 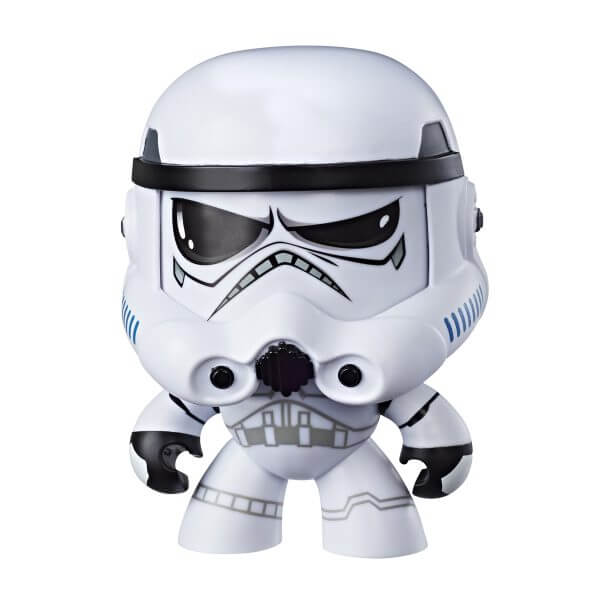 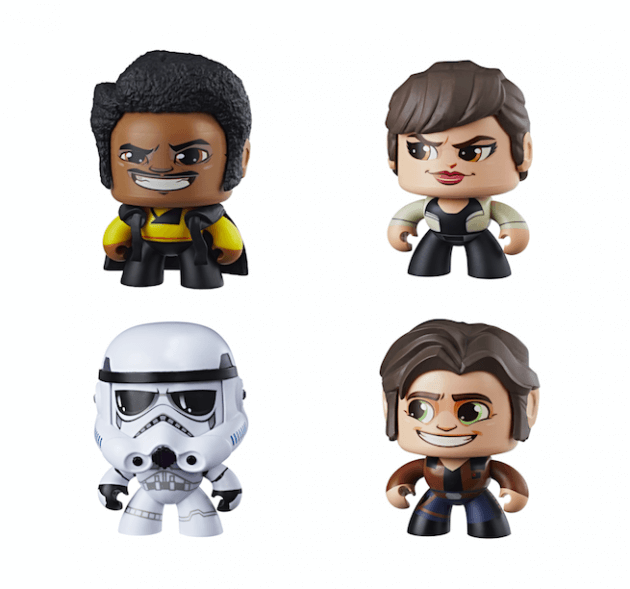 These great new products will be available at major retailers like Target, Walmart and Amazon beginning April 13.