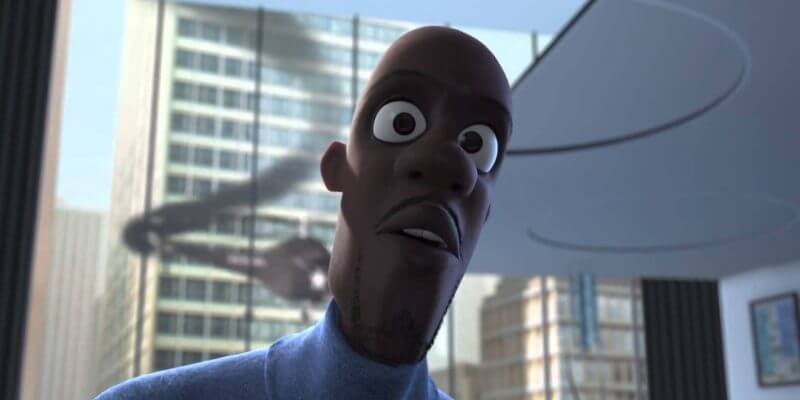 “Honey, where is my supersuit?” One of the most quotable scenes from Disney/Pixar‘s 2004 smash hit “The Incredibles” features a character that is never even seen on-screen. Frozone‘s wife Honey (voiced by Kimberly Adair Clark of Pixar‘s own human resources department) exchanges a few hilarious lines with the superhero’s alter-ego Lucius Best (Samuel L. Jackson), but never shows up where viewers can see her.

According to “The Incredibles” director Brad Bird (“The Iron Giant,” “Ratatouille”), that almost changed with the sequel “Incredibles 2.”

“We wanted to show Honey in this movie,” said Bird during a recent press conference at Pixar headquarters in Emeryville, California. “We didn’t end up doing it because it’s funnier as a voice. We actually went through all the trouble of designing the character, and the design appears in the movie, but not as Frozone’s wife.”

“We have used her design and she is a hero,” continued Bird. “There’s not a lot of screen time, though.”

So while Honey may not show up on camera in “Incredibles 2,” we’ll still get to hear her voice, presumably in another humorous exchange with Frozone himself. And we’ll have to keep a close eye out for what the character was supposed to look like when the movie is released into theaters nationwide on Friday, June 15th.