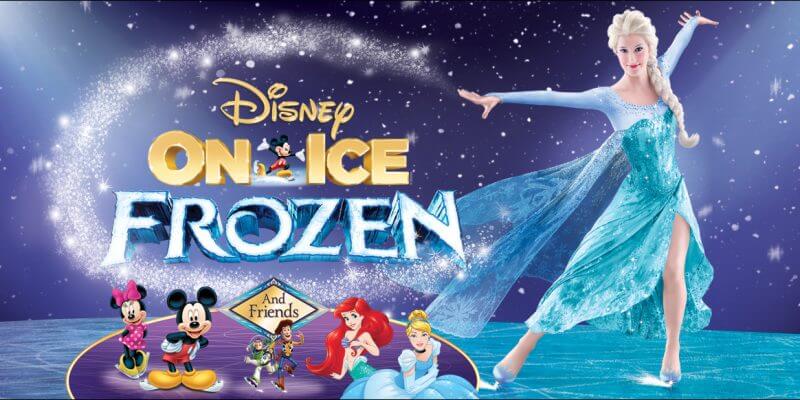 Since the early 1980s, Disney on Ice (originally Walt Disney’s World on Ice) has been entertaining fans around the world with its amazing figure skating performances featuring dozens of popular Disney characters. Now Disney on Ice is returning with the new “Frozen and Friends” theme for another North American tour throughout 2018.

Dazzling ice skating, special effects and unforgettable music will magically transport you to wintry Arendelle. Be a part of Anna’s fearless adventure to find her sister, Queen Elsa, whose icy powers have trapped the kingdom in an eternal winter. Join the hilarious snowman Olaf, rugged mountain man Kristoff and his loyal reindeer sidekick Sven as they help Anna in a race to bring back summer. Encounter Everest-like conditions and mystical trolls as you sing along to Academy Award-winning songs like “Let It Go” and ultimately discover true love is the most powerful magic of all!

WATCH Disney on Ice HIGHLIGHTS FROM 2015:

But “Frozen’s” Anna, Elsa, and Olaf aren’t the only characters guests will encounter during their Disney on Ice adventure: “Hosted by Mickey Mouse and Minnie Mouse, the whole family will delight in special appearances by stars from Toy Story, Finding Dory, The Lion King and the inspiring Disney Princesses.” 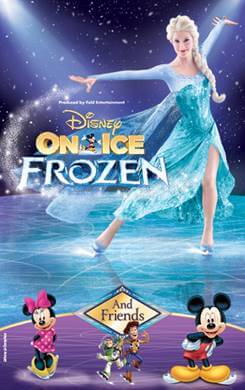 The “Disney on Ice: Frozen and Friends” 2018 tour launches Thursday, April 19 in Long Beach, California and runs all the way through the end of December after winding its way around the United States (with at least one stop in Canada). Be sure to visit Disney on Ice’s official website for the full list of dates, more information, and advance ticket sales resources.