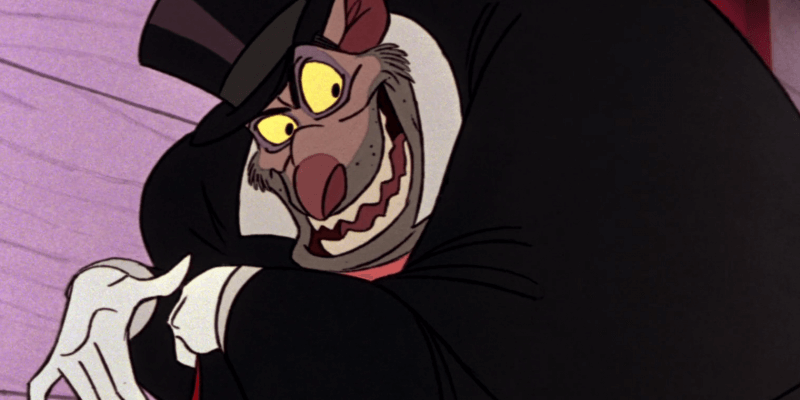 Most people recognize actor Vincent Price as an enigmatic horror icon.  However this accomplished actor was also an art collector, and a gourmet cook. From classic fear films like “The Fly” and “House of Wax,” Mr. Price’s terror talents are well documented.

Within this treasure chest of media magic are several gems Vincent Price performed for the Walt Disney Company. However, his ties to the company go beyond those talents; Vincent Price was also related to Walt Disney.

Born on May 27, 1911, Vincent Price can trace his lineage to settlers who sailed on board the “Mayflower.” His ancestral line also makes him a descendent of King Edward I (as can Walt Disney, making Vincent and Walt 21st cousins).  His family (grandfather, Vincent C. Price) is known for creating “Dr. Price’s Baking Powder.” 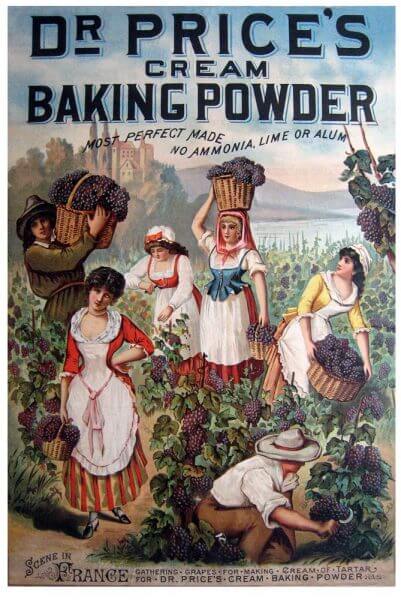 Mr. Price owned several “Priceless” treasure of classic art, including works by Picasso, Dali and Rembrandt.  His love for these masterpieces of art, under the “Vincent Price Collection of Fine Art” via Sears-Roebuck (1962-1971) enabled thousands to own prints from classic artists. 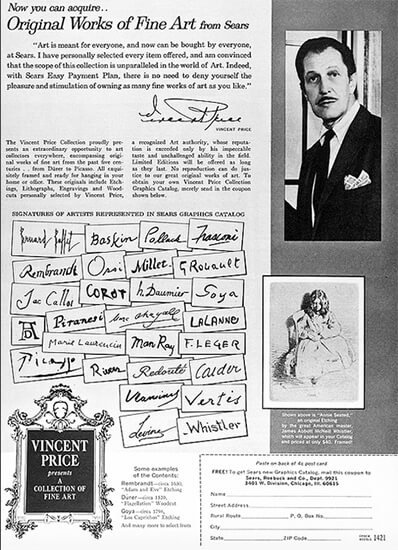 Vincent Price found theater more promising than a teaching, as he left the education field in favor of the stage just one year after graduating from Yale University.  In 1935 he began performing for the Mercury Theater (owned by Orson Welles).

Just three years later he embarked on his silver screen adventure, as a character actor in the film “Service de Luxe.” Vincent Price’s first fear film, “The Tower of London,” starred Boris Karloff (1939).  With a starring role in “The Invisible Man Returns,” (1940), he had found his home with horror.

While infamously known for his horror roles in movies like “The Abominable Dr. Phibes,” “The Raven,” “The House on Haunted Hill,” and “The Fly,” his acting talents also included roles in other films like “Laura,” “The Ten Commandments,” and “The Three Musketeers.” 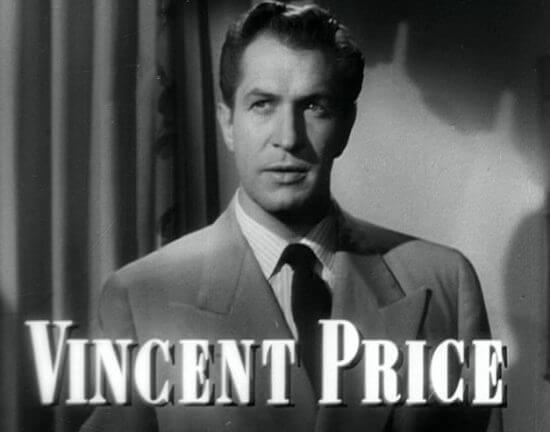 On TV, Vincent Price appeared in shows like “Columbo,” “Night Gallery,” “The 13 Ghosts of Scooby-Doo,” as host of PBS’ “Mystery” series, and as the intellectual villain Egghead for several episodes of “Batman.”

As prominent a figure he may have been on the big and small screen, Vincent Price’s voice was gold for any story needing narration.  He can be heard doing just that in numerous productions (“Famous Ghost Stories,” Alice Cooper’s “Welcome to my Nightmare,” “Tiny Toon Adventures,” “Fairy Tale Theater,” as the Magic Mirror, roller coaster documentary “American Screams,” as well as dozens of horror and cooking vinyl LPs). Price’s narration is perhaps most famously found in Michael Jackson’s “Thriller” video.

Mr. Price also performed for several radio shows, including his own horror anthology “The Price of Fear.”

The esteemed Vincent Price, in addition to being Walt’s distant cousin, has several ties to the Walt Disney Company.  From voice work in animated features, in park announcements and a famous never used phantom recording to roles on television shows and (newly acquired) feature films, Vincent Price performances have added a creepy cool magic to many Mouse-made productions.

When Phantom Manor arrived in Paris (1983), the stretch room scene was originally supposed to use Vincent’s voice, however that attraction ended up being Priceless.

Visitors (1990-1993) to the Disney MGM Studios theme park in Florida may have recognized the voice announcing evening fireworks shows.

An early 1982 Tim Burton animated feature, “Vincent” features not only a tribute to Vincent Price’s horror career but was also narrated by Mr. Price.

Vincent Price was a featured guest star on the original “Muppet Show.”  The episode featured a musical number and interview with the famous actor.

He also hosted the 1988 Disney show “Read, Write and Draw.” The show shared the first part of a story and invited viewers under age 12 to draw the ending of the story.

What better voice for a villain could there be than Vincent Price? Need proof? Watch Disney’s 1986 animated feature “The Great Mouse Detective” and listen carefully to Professor Ratigan.

Edward Scissorhands’ inventor was played by Vincent Price.  Due to declining health, this role would be the last movie Mr. Price would appear in. (Note: the film was not produced by Disney, but was acquired when Disney bought most of Fox).

Tim Burton’s 1993 stop motion masterpiece was also supposed to include the voice of Vincent Price, as Santa Claus; unfortunately, the actor’s health preventing him from recording the role.

End of the Story

At the age of 82, after succumbing to lung cancer and emphysema, Vincent Price passed away just shy of Halloween on October 25, 1993.   Patron and proliferator of the arts, culinary master (publishing several cookbooks), voice, television and film actor, Vincent Price was truly a Renaissance Man.

Comments Off on Disney Connections: The many voices of Vincent Price