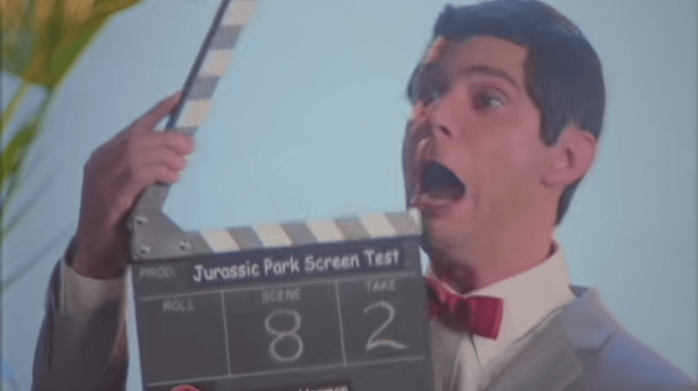 This year marks the 25th anniversary of “Jurassic Park,” so naturally “Saturday Night Live” had to create some kind of comedy sketch about the classic Steven Spielberg dinosaur film.

Last weekend, Bill Hader returned to “SNL” as the show’s host and, with the help of several of the show’s cast members, he created a hilarious audition reel in which several celebrities tried to get their part in “Jurassic Park.”

“Jurassic Park” will celebrate its 25th anniversary on June 11.