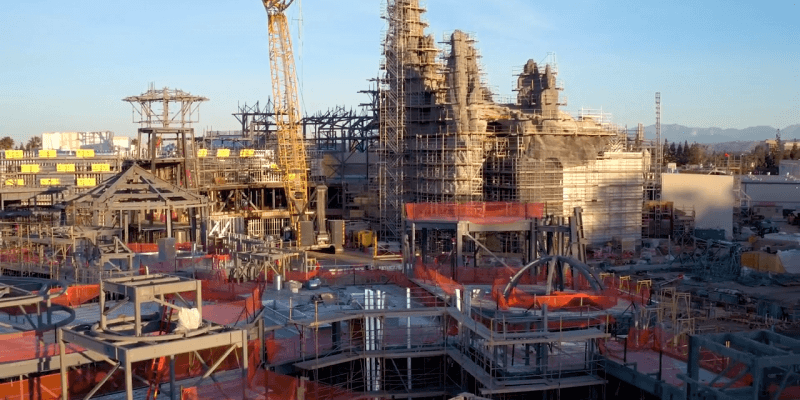 Star Wars: Galaxy’s Edge doesn’t open at Walt Disney World Resort and Disneyland until next year, but today Disney CEO Bob Iger shared a look at how the highly-anticipated new lands are shaping up.

When Star Wars: Galaxy’s Edge opens, guests are transported to the planet Batuu, a remote outpost that was once a busy crossroads along sub-lightspeed trade routes. Here, visitors can enjoy two attractions that take immersion to the next level: one that lets guests control the Millennium Falcon on a customized secret mission, and another that puts them in the middle of a climactic battle between the First Order and the Resistance.

Below, get a birds-eye view of Star Wars: Galaxy’s Edge construction at Disneyland and take in the expansive scale of the new lands.