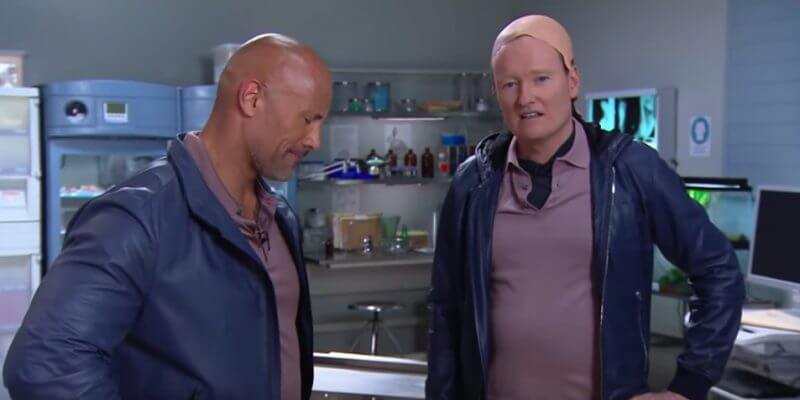 Dwayne “The Rock” Johnson, star of the upcoming film “Rampage” (and seemingly just about every action movie in the last 10 years), appeared on Conan O’Brien’s talk show, simply title “Conan,” for a hilarious bit.

Conan attempted to become Johnson’s stunt double for “Rampage,” a role he may not exactly be suited for.

Johnson is also set to star in Disney’s upcoming “Jungle Cruise” film based off the iconic theme park attraction. You can see Johnson and his real stunt double when “Rampage” roars into theaters April 13.