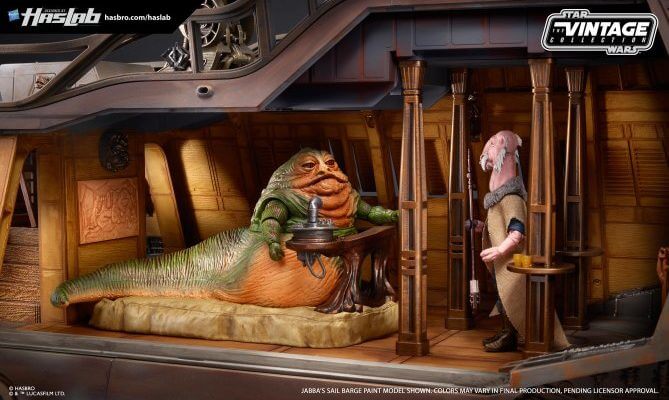 During Toy Fair 2018, Hasbro announced a new crowd-funding initiative called HasLab, and the first potential project is Jabba’s Sail Barge from “Return of the Jedi.”

In order to make this collectible a reality, Hasbro is asking at least 5,000 fans to pre-order it for $499 before April 3. As of now, they’re about halfway there with 2,870 backers.

The company showed off a prototype at Toy Fair 2018, but Entertainment Weekly has a closer look at this full-color version of the 4-foot Khetanna being built. Below, see a time-lapse video of its assembly. Backers of the project also get “Jabba’s Sail Barge: Behind the Workbench,”  a 64-page booklet that goes behind-the-scenes of the toy’s development. Supporters also get a dedicated stream of updates as the sail barge makes its way from design to reality.

If you’re interested in purchasing Jabba’s Sail Barge, you can pre-order it here on the HasLab website. The deadline is April 3.