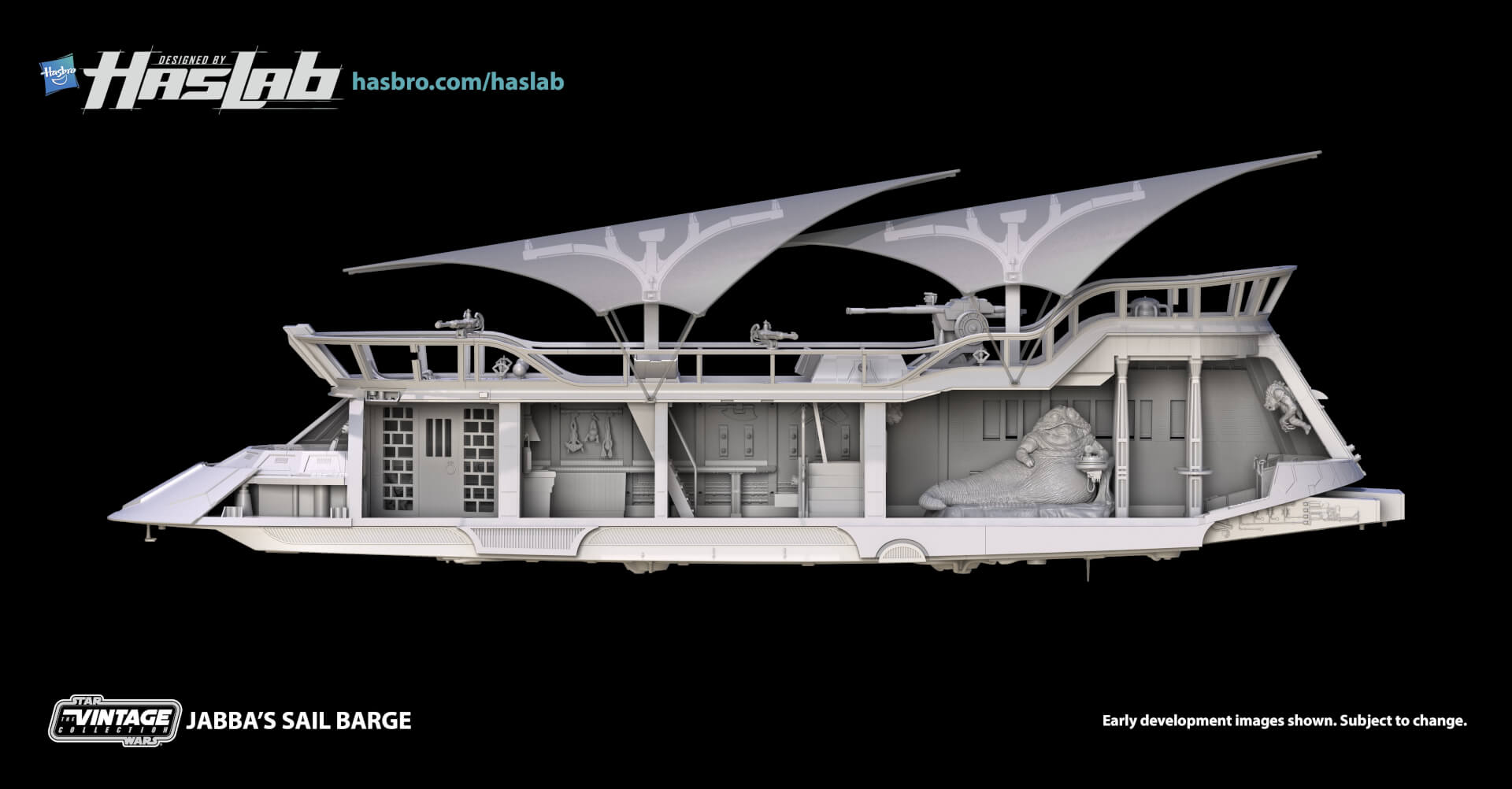 During Toy Fair 2018, Hasbro launched their new HASLAB platform to create dream products for fans through the help of crowdfunding.

The first item announced as part of the new platform is the biggest “Star Wars” vehicle Hasbro and Kenner have ever produced: Jabba’s Sail Barge from “Return of the Jedi.” Measuring around 4 feet long, The Khetanna features detailed, fan accessible interior/exterior decks and removable side panels. It comes complete with a Jabba the Hutt 3.75-inch scale figure, premium deco, vintage packaging, two soft-cloth fabric sails, and other realistic details to re-create one of the most notorious vehicles in the “Star Wars” universe. The toy also comes with a special limited edition HASLAB seal of authenticity, “Jabba’s Sail Barge: Behind the Workbench,” a premium 64-page booklet that goes behind the scenes of the design and development of the film set piece and the Hasbro toy, and a dedicated stream of behind-the-scenes updates as Jabba’s Sail Barge is built.

A prototype of the new toy was on display at Toy Fair 2018 this weekend, and it already has the potential to be a very cool collectible for “Star Wars” fans. Here are a few images from the Hasbro Showroom display: If you’re interested in backing Jabba’s Sail Barge, you can place a pre-order now on the HASLAB website. If it goes into production, the new toy is expected to ship by 2/28/2019.