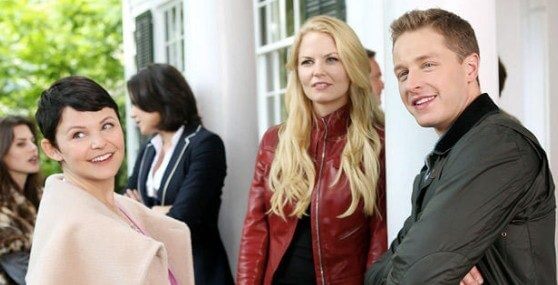 As ABC’s “Once Upon A Time” prepares for its final chapter, original series stars Jennifer Morrison, Ginnifer Goodwin, Josh Dallas, and Emilie de Ravin are all returning for the series finale.

Morrison (Emma Swan), Goodwin (Snow White), and Dallas (Prince Charming) had been with the show since the pilot, while de Ravin (Belle) joined the show midway through the first season. She was promoted to series regular for the second season. All four stars left at the end of Season 6 as the show went through a reboot for Season 7, but Morrison and de Ravin each appeared in one episode earlier this season. “We couldn’t think of a more fitting way to say farewell than by reuniting so many of the characters that our fiercely loyal fans spent years with on their adventures. We hope everyone joins our “Once” family, old and new, for what we hope will be the sendoff of a lifetime befitting this stellar cast and its incomparable fans,” said executive producers Adam Horowitz and Edward Kitsis.

Comments Off on “Once Upon A Time” stars Jennifer Morrison, Josh Dallas, Ginnifer Goodwin, Emilie de Ravin to return for series finale on ABC