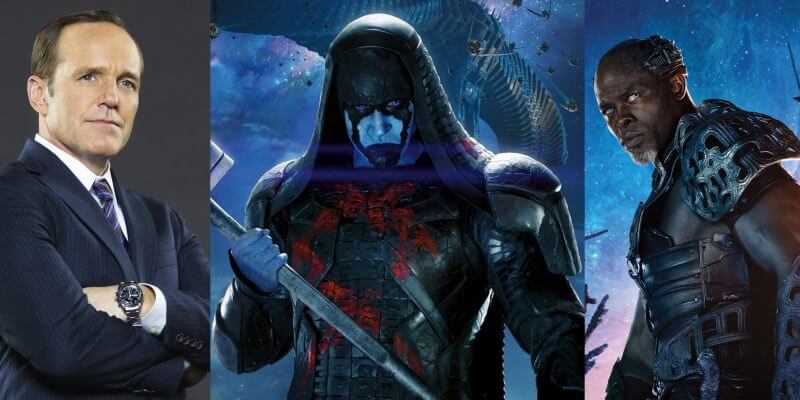 Marvel Cinematic Universe fans have something to cheer about today, as we learned about three popular characters who will return to the blockbuster film franchise with its upcoming installment “Captain Marvel,” currently in production for a spring 2019 release.

This morning Marvel Studios released the official cast list for “Captain Marvel,” which featured some surprise inclusions. Apparently MCU characters Agent Phil Coulson (Clark Gregg), Ronan the Accuser (Lee Pace), and Korath the Pursuer (Djimon Honsou) will be back on board– alongside the already-announced Samuel L. Jackson as Nick Fury– for this new film, which takes place in the 1990s. Agent Coulson first appeared in 2008’s “Iron Man” and was then famously killed off in 2012’s “The Avengers,” though later ressurected for the ABC TV series “Marvel’s Agents of S.H.I.E.L.D.” Ronan served as the main antagonist in 2014’s “Guardians of the Galaxy,” and Korath was a thorn in the side of our heroes during the same movie. Both characters were of Kree descent and died by the end of the film, but would have still been around during the time period of “Captain Marvel,” the heroine of which is also a result of Kree experiments.

If any of that sounds confusing, all your questions should be answered when Marvel Studios’ “Captain Marvel” is released into theaters nationwide on Friday, March 8th, 2019.

Comments Off on S.H.I.E.L.D. Agent Coulson will return to big screen alongside “Guardians of the Galaxy” characters in “Captain Marvel”