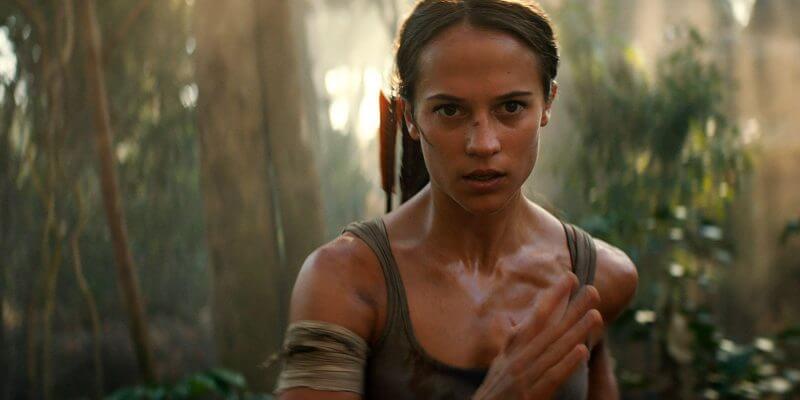 The 2013 “Tomb Raider” video game reboot and its 2015 sequel “Rise of the Tomb Raider” are two of my favorite gaming experiences from the past decade, so when it was announced that a new movie adaptation would be working off this fresh take on the series as a foundation, I couldn’t help but be more than a little intrigued. Then when the recent trailers for “Tomb Raider (2018)” started appearing online, I got even more excited.

From the teasers and longer advertisements that were cut together, I would have guessed that the powers that be on this new film had simply used the recent games as not only a springboard to relaunch the franchise, but as a screenplay for the movie itself. That idea sounded perfect to me, because so many video game adaptations before had fallen into the trap of straying way too far from their various source materials, and why attempt to fix what isn’t broken?

Unfortunately, after being invited to a press screening of “Tomb Raider” earlier this week, I’m extremely disappointed to report that I was bamboozled by those trailers. “Tomb Raider”– other than an occasional brief action setpiece and a shot or two of our heroine Lara Croft (Alicia Vikander, excellent in “Ex Machina” but misused here) running through the jungle– bears little to no resemblance to the games that worked so perfectly in their original form.

Gone is the survivalist Lara Croft I spent so many hours leveling up, and in its place is a Lara who spends most if not all of her time with either her pseudo-Indiana Jones father Lord Richard Croft (“The Wire’s” Dominic West), her hesitant ship captain partner in globe-trotting Lu Ren (Daniel Wu), or the scenery-chewing villain Matthias Vogel (the talented Walton Goggins, completely wasted in this role.) I want to see Lara finding her way through the temples and tombs of the mysterious island Yamatai by herself, not tagging along on the journeys of others. Tacked on to the beginning of the story is a full half-hour of exposition and unnecessary chase sequences that set up why Lara can fight, why her father is gone, and how she manages to track him down. The game opened on the boat to the island, and that would have easily sufficed here with a few scattered flashbacks. Instead we have to wait… and wait… and wait for Lara to embark on her adventure. And once she finally makes it to Yamatai, there are about three full scenes before the final descent into Himiko’s burial place begins.

Himiko, by the way, is the ancient Japanese queen whose deadly powers have become the stuff of legend. The movie’s eventual big reveal about why Himiko was isolated and enshrined on Yamatai is its one interesting twist on the material presented in the game, but it’s sandwiched between so much letdown and so many bizarre choices that it’s difficult to appreciate and ultimately comes across as too little too late.

Director Roar Uthaug (“The Wave”) has a workmanlike style that would have served the movie fine if the script by Geneva Robertson-Dworet and Alastair Siddons had been assembled more deftly. But the finished product– clocking in at just under two hours– feels like ten times more of a slog than the game that can take ten times as long to beat.

If you’re among the uninitiated and curious about exploring the world of “Tomb Raider,” do yourself a favor and pick up the 2013 game for XBox, PlayStation or Windows. It’s a far better introduction to the Lara Croft character (and heck, to video games in general) than this movie will ever be.

Comments Off on REVIEW: “Tomb Raider” is another in a long line of video game movies that fail to live up to their source material