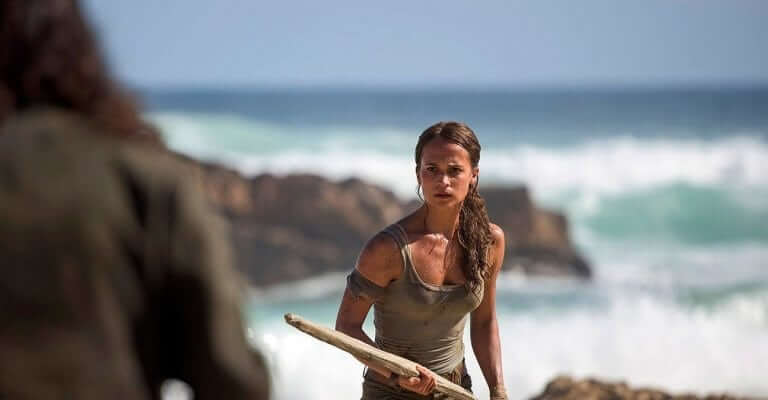 This week brings us a first look photo of Alicia Vikander as she takes on the role of beloved video game adventurer Lara Croft, and she looks ready for a fight. Lara Croft’s backstory has been changed a bit for the upcoming film. Instead of an adventurer, she’s a bike messenger hell-bent on finding her missing father. Her first stop is his last-known location: a tomb in Japan.