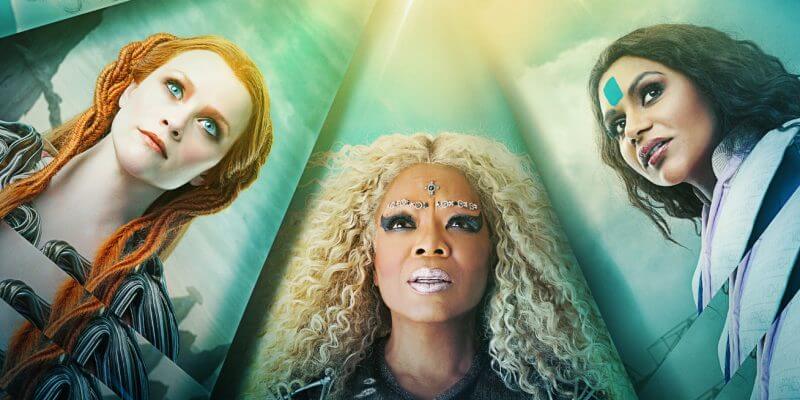 Madeleine L’Engle’s award-winning 1962 science fantasy novel “A Wrinkle in Time” has become a beloved children’s classic in the five and half decades since its release, often being taught in schools as a prime example of mid-20th century imaginative fiction. This week, Disney is releasing its second attempt at a feature-length live-action adaptation of the classic work– after a poorly-received made-for-television version aired on ABC in 2004.

Disney’s new “A Wrinkle in Time,” directed by acclaimed filmmaker Ava DuVernay (“Selma”), pulls together an all-star cast and surrounds it with breathtaking vistas and jaw-dropping visual effects. It’s also apparently a relatively faithful adaptation of the original story, and while it contains a number of memorably-staged scenes, it doesn’t ever quite gel into a cohesive whole. The obviously dreamlike narrative of the novel was perhaps never suited for live-action (or visual storytelling at all, for that matter) but it wasn’t difficult to hope the pedigree of those involved with this go-round would help congeal the proceedings for a new medium.

Instead, we get a 110-minute parade of very pretty-looking scenes that don’t have a whole lot of substance behind them, which doesn’t necessarily disqualify “A Wrinkle in Time” from being a good movie, but suggests that it might be the type that plays a whole lot better with the dialogue turned down.

The plucky Storm Reid (“12 Years a Slave”) leads the ensemble as Meg Murry, a 13-year-old social outcast whose scientist father (Chris Pine) disappeared years earlier while breaking ground on an experiment in the family garage. Her precocious younger brother Charles Wallace (newcomer Deric McCabe) introduces Meg to a trio of eccentric otherworldly beings named Mrs. Who (Mindy Kaling), Mrs. Which (Oprah Winfrey), and Mrs. Whatsit (Reese Witherspoon) who set the siblings– along with love interest Calvin (Levi Miller)– on a journey across the universe to rescue their dad.

Along the way, the gang visits fantastical worlds, meets quirky benevolent characters like the prognosticating Happy Medium (Zach Galifianakis), and confronts an evil presence known as IT (no relation to that pesky Pennywise). The whole adventure is assembled in a loosey-goosey, stream-of-consciousness method that I can only assume reflects the bold, impulsive nature of its 1960s source material. Only problem is live-action cinema often demands stories be more grounded, and less haphazardly-constructed. What likely worked in the book, plot-wise, doesn’t necessarily translate to the big screen.

Still, there are a handful of impressively-rendered setpieces that will be difficult to shake from my mind’s eye– Meg’s disorienting trip through the tesseract (a fold in the fabric of space and time that gives the story its name), a stop at an uncannily placid faux-suburban neighborhood on the dark planet of Camazotz– complete with dozens of synchronized dead-eyed children bouncing identical balls on their identical driveways– and the final showdown between our heroes and IT at the movie’s climax. The latter is sure to give younger children nightmares, but what good kids’ movie doesn’t?

I left my press screening of “A Wrinkle in Time” impressed with DuVernay’s eye for striking ethereal imagery, but disappointed by the hasty, ramshackle groundwork laid by screenwriters Jennifer Lee (“Frozen”) and Jeff Stockwell (“Bridge to Terabithia”) that served as the insufficient intermediary between L’Engle’s cherished work and the movie’s capable director.

WATCH “A WRINKLE IN TIME” TRAILER:

Disney’s “A Wrinkle in Time” will be released into theaters nationwide this Friday. March 9th.

Comments Off on REVIEW: Disney’s “A Wrinkle in Time” is a trippy, mind-bending visual feast that falls just short on story