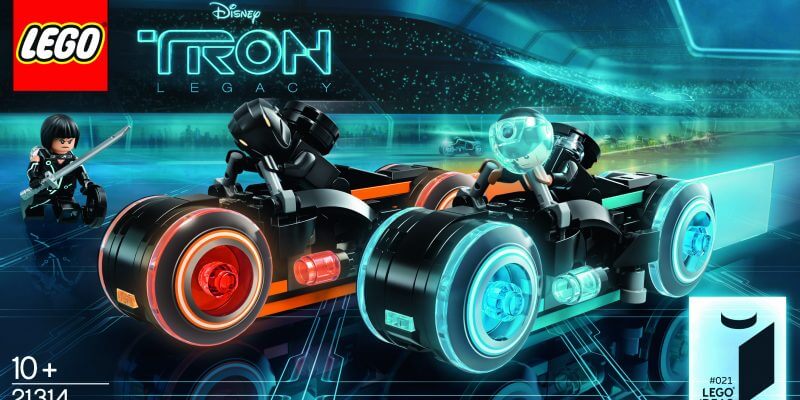 Last fall, the popular LEGO Ideas (formerly LEGO Cuusoo) program– in which LEGO fans can submit their own brick-built design projects for the chance to be selected as official sets– announced the “TRON: Legacy” Light Cycle created by BrickBros UK as the next commercially-available release from the crowd-sourced enterprise.

This morning, LEGO Ideas revealed the first official images for the finished set, which includes two complete Light Cycles (as opposed to the single one from the original design), a TRON grid display base, and three “TRON: Legacy” minifigures: Sam Flynn, Rinzler, and Quorra— plus Quorra’s sword and identity discs for all three characters.

Inspired by the 2010 Disney sequel of the same name, the “TRON: Legacy” LEGO Ideas building set (#21314) contains 230 pieces, retails for $34.99, and will be available beginning Saturday, March 31st from LEGO Stores and LEGO’s shop-at-home website.