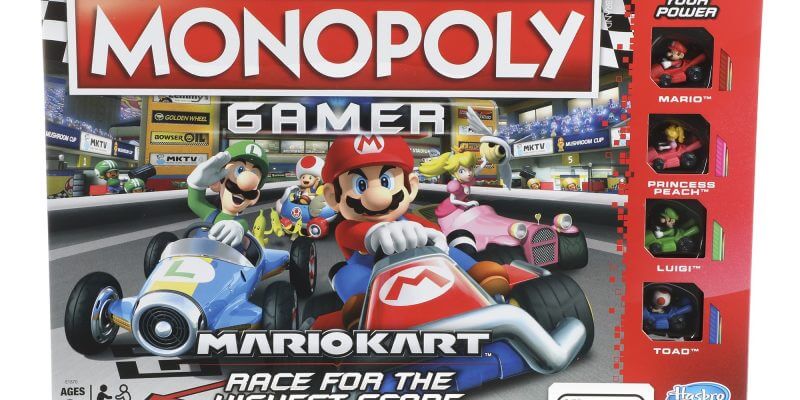 Monopoly meets Mario Kart for a new version of the classic board game from Hasbro and Nintendo, arriving in stores today.

The classic property trading game gets a Mario Kart twist, bringing iconic video game characters to the board. Players can move around the game board as Mario, Luigi, Princess Peach, or Toad and buy well-known Mario Kart properties like Bowser’s Castle and Rainbow Road. Pass Go to trigger a race from Mario Kart Cup, dodge banana peel tokens, toss shells, and collect coins to rule the Monopoly kingdom. Land on the Super Star space to activate special abilities and roll the Power-Up die to earn a special boost.

Just like in Mario Kart, this version of Monopoly is all about winning races. When the last race is over, the player with the highest score earns the coveted Grand Prix card. Monopoly Gamer: Mario Kart retails for $29.99, and it’s available now at GameStop. The game also arrives at most major retailers later this summer.