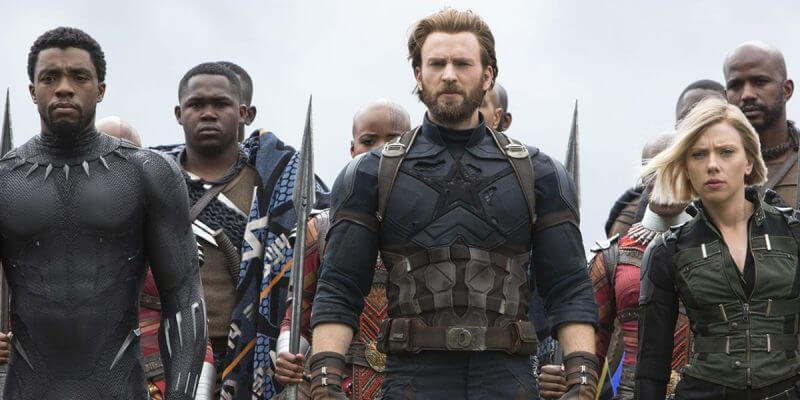 “Avengers: Infinity War” is almost here (a little closer thanks to the updated release date), and while we get ready for a movie event 10 years in the making, Captain America, Black Panther and company are getting ready for the fight of their lives.

A new image from the film was released today, showing some of our favorite heroes as they prepare for war with Thanos’ forces in the technologically advanced Wakanda. Captain America, Black Panther, Black Widow and the Winter Soldier are backed by the Dora Milaje and the army of Wakanda as they face what is sure to be a formidable foe in this intense new image.

You can see how the Avengers fare against Thanos and his army when “Avengers: Infinity War” hits theaters April 27.

Comments Off on PHOTO: New “Avengers: Infinity War” image shows our heroes gearing up for war in Wakanda