Perfectly Balanced: An in-depth look at the second "Avengers: Infinity War" trailer - Inside the Magic 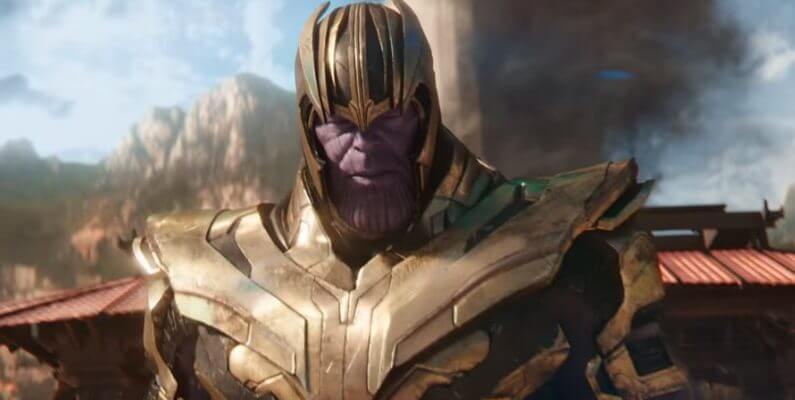 April 27 can’t come soon enough! Much to the delight of Marvel fans everywhere, a brand new trailer for the upcoming blockbuster “Avengers: Infinity War” dropped earlier today and it is packed with action and hints as to what we might see.

Let’s take a closer look at some of the exciting and important new shots from this fantastic new trailer:

“With a snap of his fingers…” 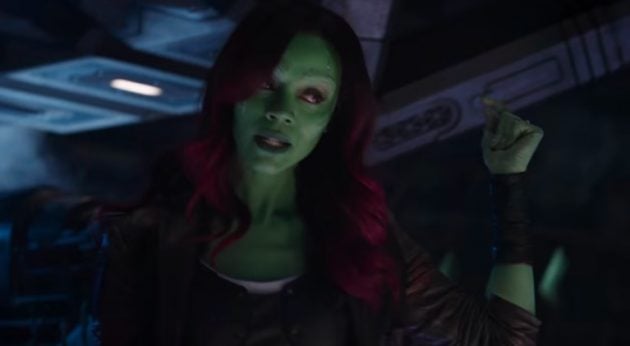 Most of us knew it already, but this trailer starts out by explaining just how powerful Thanos could be with the Infinity Gauntlet and all of the Infinity Stones. This is really the first time the true power of this weapon is being explained in the MCU. We knew the stones were dangerous on their own, but simply willing half of the universe out of existence is a new level of power.

This is a nice callback to the comics, because Thanos does this exact thing in the “Infinity Gauntlet” story arc. 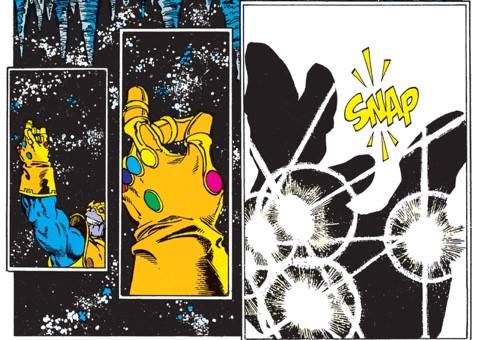 “We have what Thanos wants, so that’s what we use” 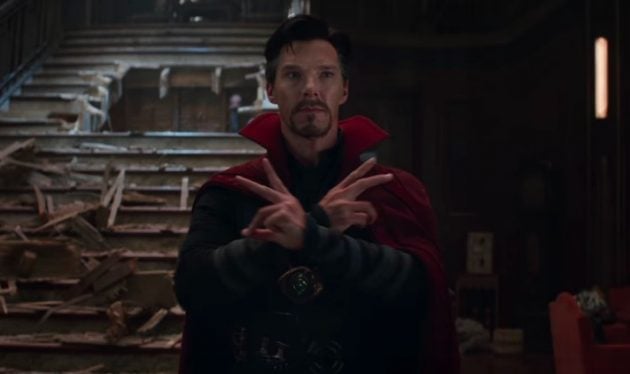 We hear a voiceover from Tony Stark explaining to an unknown party that they have one advantage: “he’s coming to us.” We then get a look at two Infinity Stones. We see the Eye of Agomotto (Time Stone) around the neck of Doctor Strange and the Mind Stone in the head of Vision.

Then Tony utters a troubling statement. “We have what Thanos wants, so that’s what we use.” Is Tony talking about doing the unthinkable? Is his plan to try to use the Infinity Stones against Thanos? Has he not learned from Ultron? If this is the case, this will certainly cause a rift between the heroes.

A last stand in Wakanda 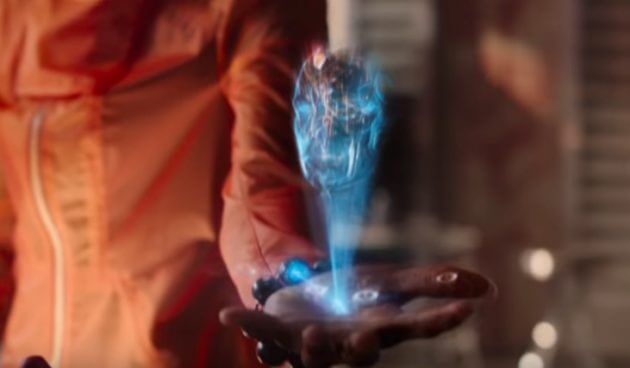 One of the next shots we get is Shuri looking at a projection of an Infinity Stone. This is likely the Mind Stone as we know the heroes will be gathering in Wakanda to protect Vision and keep the stone out of Thanos’ hands.

What will Wakanda’s head of technology think of these powerful weapons? They certainly make Wakanda’s firepower look like toys. She does have a look of concern on her face as she examines the stone.

“Let’s talk about this plan of yours…”

For the first time ever, we see Iron Man come face to face with Star-Lord. I think we always knew this would make for a fun interaction, and it does provide some comedic relief in this otherwise intense trailer.

Star-Lord explains that Tony’s plan “sucks” and that he should be making the plan. Maybe he’s right. This could be in reference to Tony’s potential plan to use the stones against Thanos. For the record, if that is the case, I agree with Star-Lord. 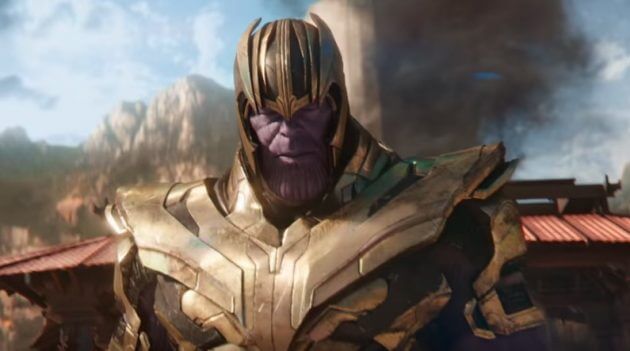 We then get a look at Thanos in his full armor accompanied by a voiceover from the Mad Titan that lasts almost through the end of the trailer. This is important because it’s the first time we really hear Thanos explain his plan himself.

“The end is near. When I’m done, half of humanity will still exist. Perfectly balanced, as all things should be. I hope they remember you.”

It’s unclear exactly who Thanos is speaking to, but it seems likely it would be Iron Man. 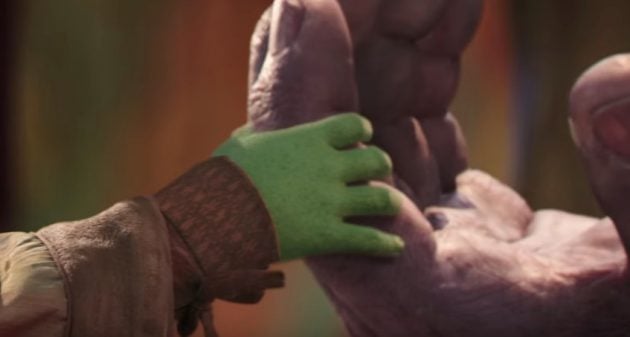 We then get a shot of a small green hand grabbing one of Thanos’ oversized fingers. This is likely a flashback to a young Gamora, the moment she is being taken from her home by Thanos. We also see Thanos walk with a child, again likely Gamora, surrounded by soldiers while other green people look on. 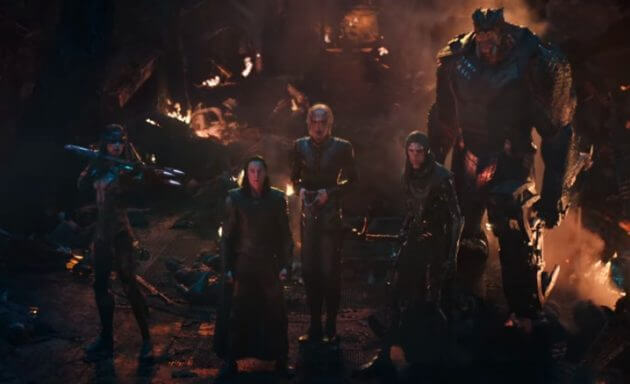 We then see Thanos manhandling Thor before cutting to a shot of Loki surrounded by Thanos’ Black Order. Proxima Midnight has her weapon aimed at the God of Mischief while Ebony Maw, Corvus Glaive and Cull Obsidian look on.

We then see Thanos holding the Tesseract before he crushes it with his bare hand. We already assumed Thanos would be taking this stone from Thor and Loki but now we’re really seeing it. Guys, I have a really bad feeling about Loki. 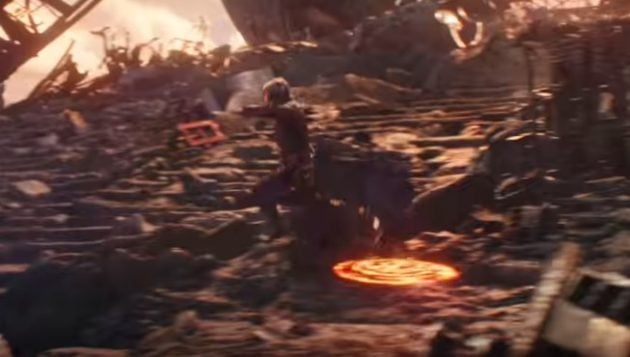 We then get a quick action shot of Star-Lord and Doctor Strange teaming up in a pretty awesome way. Strange provides mystical platforms for Star-Lord to jump from as he avoids blasts from an unseen enemy. 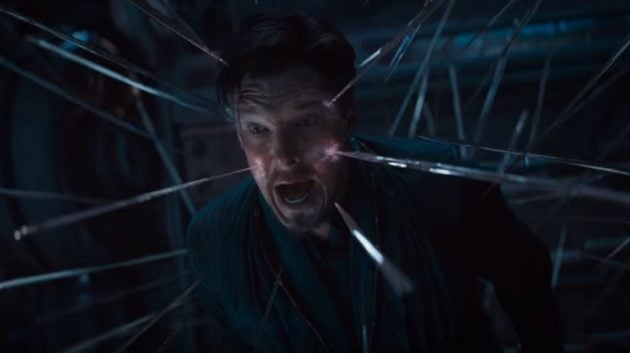 Just as we were getting used to seeing Doctor Strange in a really cool team-up, it cuts to him being tortured. This is the first time we’re seeing the Sorcerer Supreme in some real trouble, and who’s behind it? 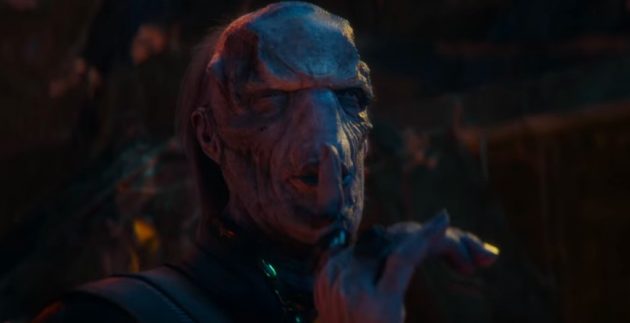 Ebony Maw, the resident genius of the Black Order, who appears to have outsmarted Strange and is attempting to quiet his screams of pain.

“As long as one man stand against you…” 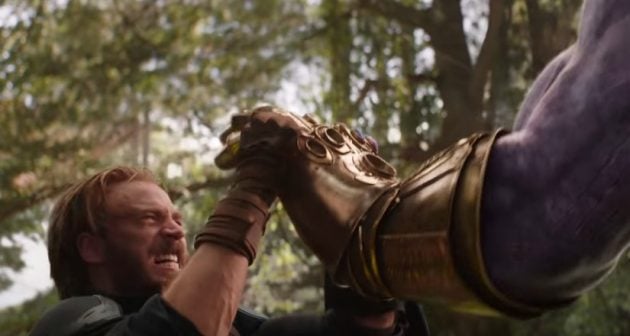 After some more shots of the jaw-dropping war between our heroes and Thanos’ forces, we see the Mad Titan come face to face with Captain America. Cap appears to be struggling under the strength of the massive villain, though we can clearly see empty slots in the Infinity Gauntlet, so at least for now the heroes have not yet failed.

This is another good callback to the comics, as Cap is the last line of defense against Thanos in the classic story arc. 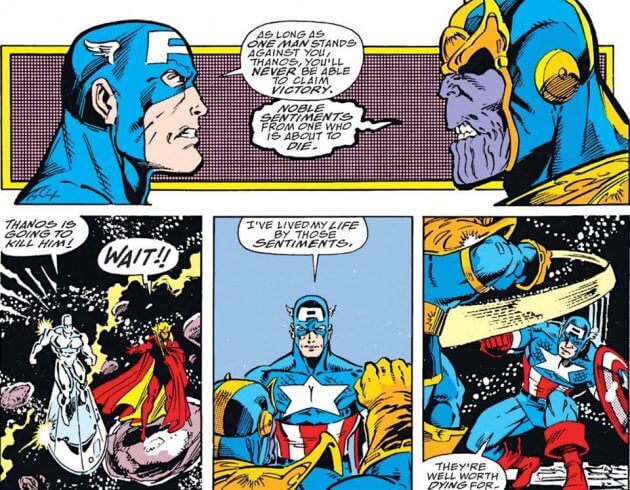 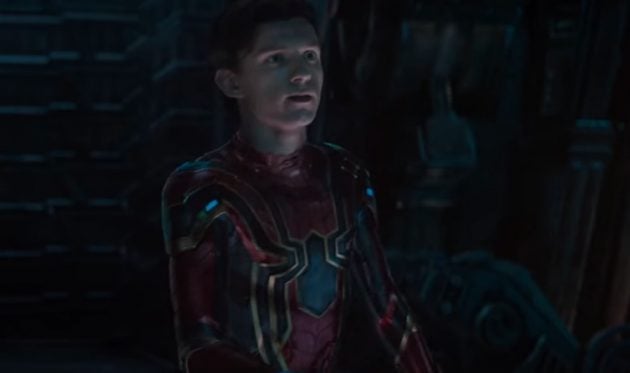 The trailer wouldn’t be complete without a remark from Spider-Man that is somehow simultaneously witty and naive. The young hero introduces himself to Doctor Strange, a name he doesn’t believe is real. It’s apparent he is still getting used to being a superhero at this point.

This shot also gives us a closer look at the Iron Spider suit, allowing us to see some more Iron Man-esque features.

You can see how this all plays out and find out if our heroes can defend the Earth and half of all existence from Thanos when “Avengers: Infinity War” hits theaters April 27.

Comments Off on Perfectly Balanced: An in-depth look at the second “Avengers: Infinity War” trailer