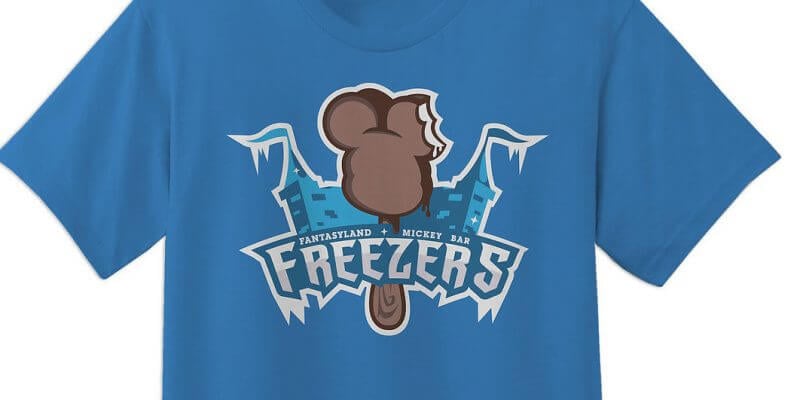 shopDisney has a massive selection of Disney, Pixar, Star Wars, Marvel, and Disney Parks merchandise and new items are added every day. The annual March Magic social media competition is upon us, when fans vote for their favorite Final Four and Champion Disney attractions, and these 5 Limited Release T-Shirts and Hoodies will help you get in the Disney spirit. Statler and Waldorf have been heckling the Muppet*Vision 3D attraction at Disney’s Hollywood Studios since May 16, 1991, and now they can close down March Magic competition with this limited release T-Shirt ($27.99). The tee features Statler & Waldorf Hecklers team art on the front, with “91” on the back. The Muppet-inspired t-shirt is available until April 16. Maleficent casts a spell in her dragon form on this Fantasmic Dreamers Hoodie ($49.99). Disneyland’s Fantasmic! nighttime spectacular has cast a spell over guests since May 13, 1992, and this pullover highlights the iconic “Sleeping Beauty” villain featured in the show. If you’re team Fantasmic, be sure to pick up this limited release hoodie before April 16. The Mickey Ice Cream Bar has been a winner since it debuted at Walt Disney World in 1971, and you can show your devotion with this Fantasyland Freezers T-Shirt ($27.99). The soft jersey knit tee features Fantasyland Freezers team art on the front, with “71” on the back. Add this shirt to your collection before it disappears on April 16. Get on the team spirit train with this Bay Lake Monorailers Hoodie ($49.99). The monorail system has provided transportation around Bay Lake since Walt Disney World opened in 1971, and you can show you’re on board with this pullover featuring Bay Lake Monorailers team art. Grab this hoodie now before it departs on April 16. The Mickey Mouse Club has been around since day one of Disneyland, and you can join in on the fun with this Mouseketeers T-Shirt ($27.99). The Mouseketeers’ TV debut coincided with the “Dateline: Disneyland” opening day special on July 17, 1955, where they performed in front of Fantasyland’s Mickey Mouse Club Theater. Show your own Mouseketeer spirit with this limited release tee, which is around until April 16.