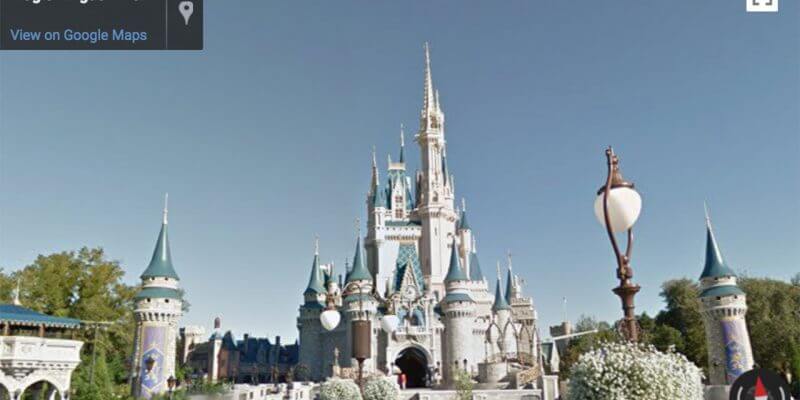 For the first time, fans of Walt Disney World Resort and Disneyland Resort can now explore the Disney Parks and their connected shopping centers from anywhere around the world right from their phone or computer with the help of 360-degree Google Street View.

Starting today, Disney Parks is now giving fans the ability to experience the magic of Walt Disney World and Disneyland first hand with the help of Google Street View. Disney Parks launched a series of 360-degree panoramas that show off the company’s theme parks, water parks and a variety of areas at Downtown Disney and Disney Springs.

Yes, you guessed it, the Google Street View panoramas also include views from inside Pandora – The World of Avatar at Disney’s Animal Kingdom. Take a look at this luscious and green landscape below full of otherworldly flora. With these new panoramas, fans can also now preview meet-and-greets with their favorite Disney characters! Take a look at this panorama of Goofy featured below. Disney Parks and Google were able to create these 360-degree views with the help of Street View Trekker, a wearable backpack with a camera system on top. As the backpack system is worn around the park, the device captures images of its surroundings automatically and then stitches together those images to create the 360-degree picture.

Here is a list of some of the locations that are now viewable on Google Street View.

If these views listed above are not enough for you, Disney Parks imagery is also being featured on Google’s Street View gallery page.