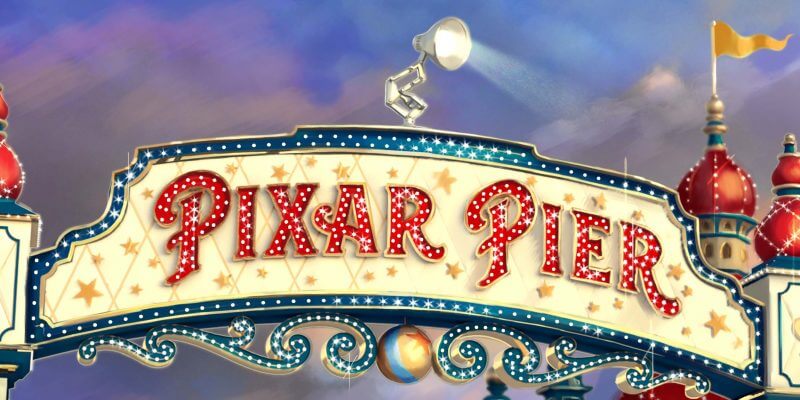 With the tremendous amount of Pixar-related Disney theme park news coming out today, it’s no surprise that items that would be big news for us otherwise are very nearly falling through the cracks.

During the Pixar in the Parks media preview event this past weekend at Walt Disney Imagineering in Glendale, Imagineer Jeffrey Shaver-Moskowitz let it slip that the “Luxo Jr.” lamp perched atop the attractive new Pixar Pier marquee at Disney California Adventure will indeed be animated, though the figure unfortunately won’t quite be ready in time for the area’s launch this June.

“The first neighborhood you come into is almost like our Main Street. There will be this beautiful new marquee to welcome you there. We’ve got our Pixar lamp, who is not going to make it opening day, but he’s going to be joining shortly thereafter, doing a little bit of animation, watching our guests come into the land. Super adorable.” Of course, “Luxo Jr.” is one of the famous early computer-animated shorts directed by John Lasseter under the Pixar banner in the mid-1980s. Since then, the Luxo lamp– alongside the Luxo ball which first appeared in the same short– has become the mascot for Pixar Animation Studios, appearing in the production company’s logo title card before each Pixar movie. Comments Off on Animatronic “Luxo Jr.” lamp will greet guests at entrance to Pixar Pier at Disneyland Resort