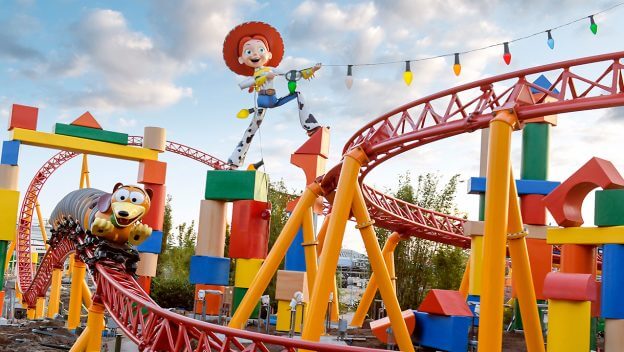 The announcement was made today on “Good Morning America,” which brought Woody, Jessie, Buzz Lightyear, and Slinky Dog to the New York City studio. You can watch the “Toy Story” crew help share the news in the video below.

The park also released this short video of one of Slinky Dog Dash’s test runs with the announcement:

Guests at Toy Story Land will “shrink” down to the size of a toy and join beloved characters like Woody, Buzz Lightyear, Jessie and more for fun in Andy’s backyard. When it’s time for a meal, guests can head over to Woody’s Lunch Box, which serves up tasty dishes and old-fashioned soda floats from a walk-up window. The entire land promises to be a celebration of toys, with favorites like Green Army Men, Tinkertoys, Crayons, Rubik’s Cubes and more incorporated into the design.