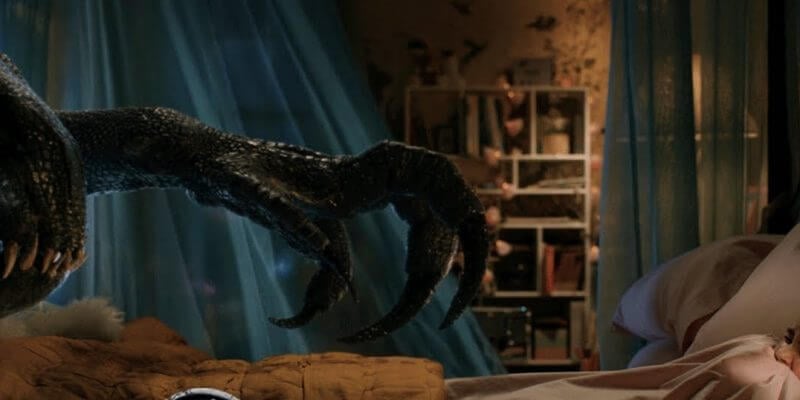 In addition to trailers from movie studios, Netflix and HBO debuted promos for The Cloverfield Paradox and season 2 of Westworld, respectively.

Below, take a look at the big trailers from the Big Game.

The second trailer for “Jurassic World: Fallen Kingdom” gives us a closer look at what’s in store during the sequel, including a scary new dinosaur that seems to have been created on Isla Nublar. Somehow, that dinosaur ends up in a young girl’s room at night.

From Disney: “An unprecedented cinematic journey ten years in the making and spanning the entire Marvel Cinematic Universe, Marvel Studios’ “Avengers: Infinity War” brings to the screen the ultimate, deadliest showdown of all time. The Avengers and their Super Hero allies must be willing to sacrifice all in an attempt to defeat the powerful Thanos before his blitz of devastation and ruin puts an end to the universe.

The first trailer for “Solo: A Star Wars Story” gives a look at Alden Ehrenreich as the young Han Solo, who’s already an accomplished scam artist when the movie begins.

Netflix surprised Super Bowl fans with a trailer for “The Cloverfield Paradox,” which became available for streaming right after the game. The film, rumored to be part of the “Cloverfield” universe, was originally titled “God Particle” and scheduled for theatrical release but thanks to Netflix, you can watch right now.

A trailer for the sixth installment of the “Mission Impossible” franchise debuted last night, previewing more death-defying stunts from Tom Cruise’s Ethan Hunt and his crew.

HBO’s sci-fi series “Westworld” got a Big Game promo too, which was the first Super Bowl ad from HBO in 20 years. The trailer was directed by series co-creator Jonathan Nolan, and according to EW, it contains footage shot exclusively for the commercial.