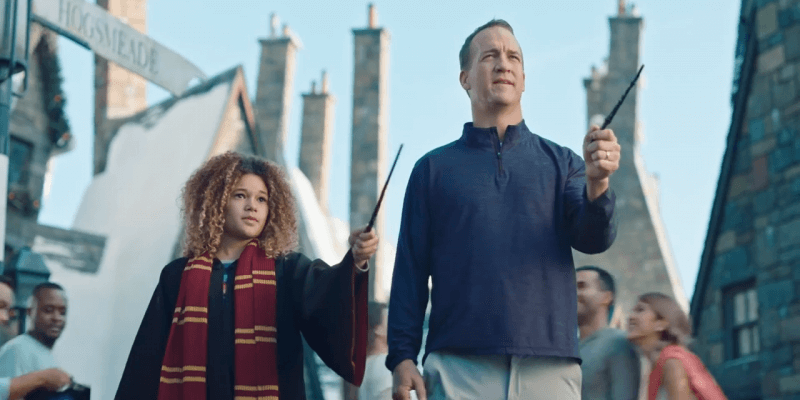 The Super Bowl is only a few days away, but Universal Parks & Resorts has revealed their fun new commercial starring Peyton Manning ahead of the big game.

The former football star plays the role of “Vacation Quarterback” for the new promo, which sees Manning coaching a family through their day in the park. He joins them for a stroll through the Wizarding World of Harry Potter, where he struggles with a spell, and helps them make a splash on Jurassic Park – The Ride.

See the extended Super Bowl commercial, available exclusively online, in the video below.

Keep an eye out for the Universal Parks & Resorts commercial during the Super Bowl, which kicks off on Sunday, February 4 at 3:30 PM PT.