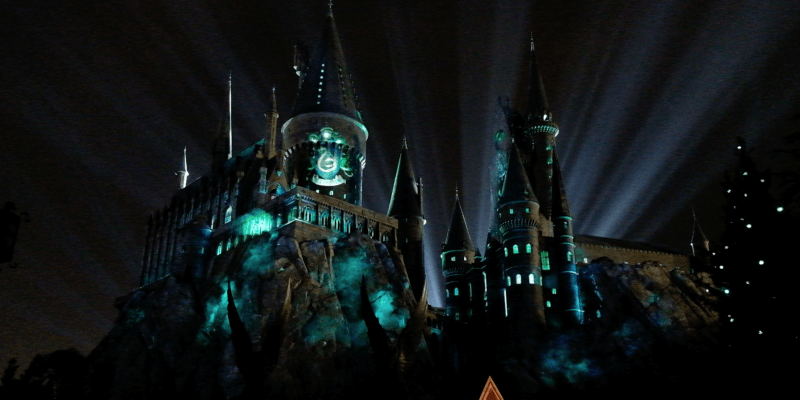 Tonight, A Celebration of Harry Potter kicked off its magical 3-day event and premiered its brand new projection show “The Nighttime Lights at Hogwarts Castle” in Hogsmeade at Universal Orlando.

Projection shows over the last few years have become the new sensation at major theme parks. Specifically, the parks found in Walt Disney World, Disneyland, Universal Orlando and Universal Hollywood all have drawn in guests with their special projection show’s enchanting music and stunning visuals of themed characters from each company’s franchise. Universal Orlando recently premiered its first projection show back in November of last year during the holidays and tonight they showed off their newest nighttime spectacular to some of the world’s biggest Harry Potter fans.

The stunning display lit up the Hogwarts castle in spectacular house colors, featuring different animations to represent each house. A look at the special animation for each house can be seen below. For more coverage of A Celebration of Harry weekend, be sure to keep checking back to our website. For an even deeper look at some of the celebration’s panels and events, visit the official website.