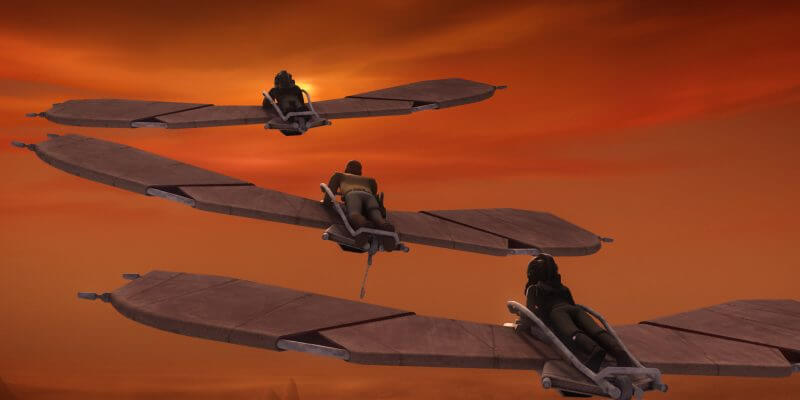 Disney XD’s critically acclaimed series “Star Wars Rebels” is preparing for the beginning of the end, with just six episodes remaining in the series, set to air over the next three weeks.

Disney released a clip today from the upcoming episode “Jedi Night,” in which The Ghost crew infiltrates the Imperial headquarters of Lothal to save one of their own.

The beginning of the end starts Monday, February 19 when “Star Wars Rebels” returns to Disney XD with two new episodes, “Jedi Night” and “DUME.”  The final episodes will unfold over three weeks, with two back-to-back episodes premiering every Monday night on Disney XD, until its epic conclusion on Monday, March 5.

Disney also released several images from the upcoming episodes to prepare us for the big finale: Comments Off on VIDEO: New “Star Wars Rebels” clip previews the beginning of the end