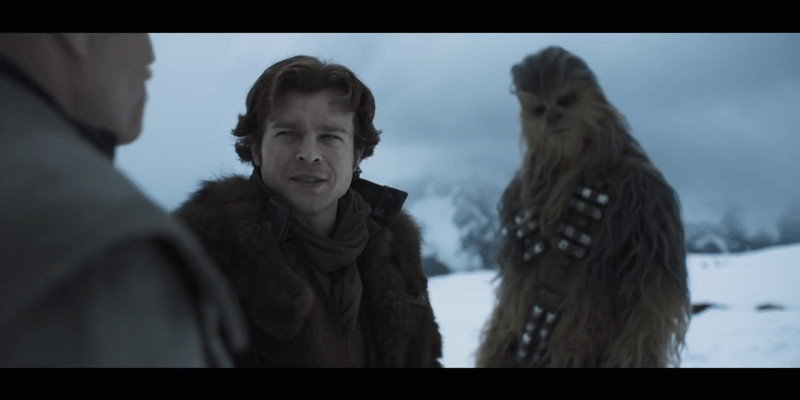 We got a glimpse of “Solo: A Star Wars Story” during the Super Bowl last night, and today the full teaser trailer debuted on “Good Morning America.”

Here’s the official synopsis: “Board the Millennium Falcon and journey to a galaxy far, far away in “Solo: A Star Wars Story,” an all-new adventure with the most beloved scoundrel in the galaxy. Through a series of daring escapades deep within a dark and dangerous criminal underworld, Han Solo befriends his mighty future copilot Chewbacca and meets the notorious gambler Lando Calrissian, in a journey that will set the course of one of the Star Wars saga’s most unlikely heroes.”

See young Han Solo, Chewbacca, and Lando Calrissian in the first teaser trailer for “Solo” below.

Along with the trailer, Disney revealed these new character posters: Comments Off on VIDEO: First trailer, posters for “Solo: A Star Wars Story” tease how Han becomes best pilot in the galaxy