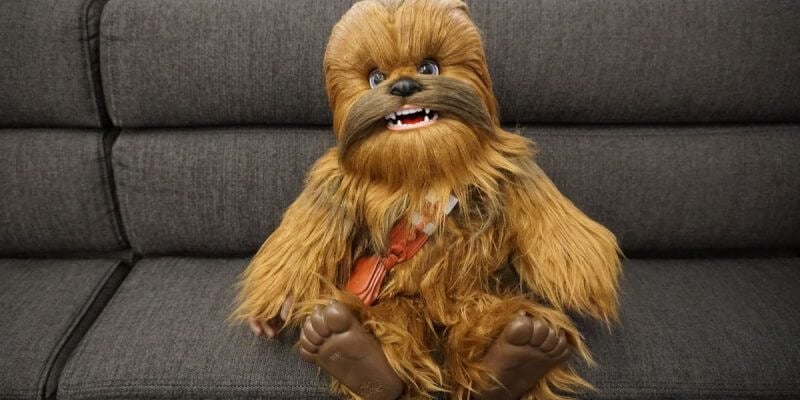 “Star Wars” fans will soon be able to take home their very own mini version of Chewbacca, who roars and reacts to movements.

Hasbro revealed the new Star Wars Ultimate Co-Pilot Chewie, a 16″ tall interactive toy created by FurReal Friends. Mashable had a first look at the new Chewie doll, which has been in development for a year and a half. When users talk to Chewie, he responds with one of 100 different sound and motion combinations, including roaring and raising his arms up and down. You can even make him fall asleep and snore in your arms by rocking him back and forth.

Take a look at the new Star Wars Ultimate Co-Pilot Chewie in action in the video below.

Chewie’s responses are triggered in various ways; press a button on his stomach, rub his forehead, and shake him up and down or side-to-side to earn different reactions from the Wookiee. “Star Wars” fans young and old will surely get a kick out of this interactive Chewbacca, which will retail for $129.99.

Star Wars Ultimate Co-Pilot Chewie doesn’t arrive in stores until this fall, but you can catch Chewie in “Solo: A Star Wars Story” in theaters on May 25.