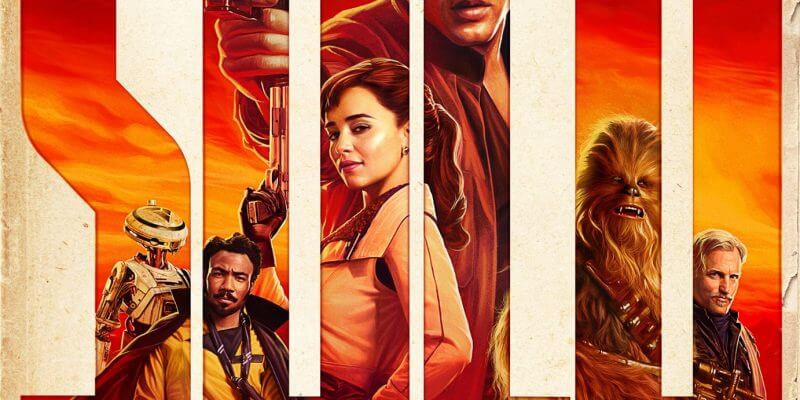 After appearing on their own individual character posters, the crew of “Solo: A Star Wars Story” has come together for a new group poster.

Han Solo, Chewbacca, Lando Calrissian, Qi’ra, Tobias Beckett, and L3-37 are featured within large “Solo” lettering. This version, which was shared on the official Star Wars Twitter account, is the poster debut for Beckett (Woody Harrelson) and L3-37 (Phoebe Waller-Bridge). The new movie details the early adventures of Han Solo as he meets his future co-pilot Chewbacca and encounters Lando Calrissian for the first time.

Comments Off on PHOTO: New poster for “Solo: A Star Wars Story” brings the whole crew of characters together