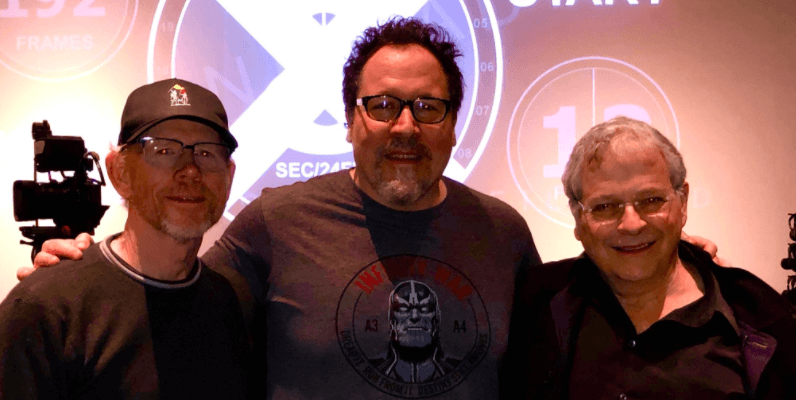 Jon Favreau – director of Marvel’s “Iron Man,” Disney’s “The Jungle Book” and the upcoming live-action version of “The Lion King” – shared a photo on his twitter account a couple of weeks ago of himself with director Ron Howard and screenwriter Lawrence Kasdan, who are both currently working on “Solo: A Star Wars Story.”

Howard is directing the upcoming Star Wars film, while Kasdan wrote the screenplay.

Not much was made of Favreau’s social media post, until today when Howard replied to the tweet with a message explaining that Favreau will be voicing “a very cool & important alien character” in “Solo: A Star Wars Story.”

Wondering why we r all together? @Jon_Favreau is voicing a very cool & important alien character for #HanSolo Flattered & fortunate I could pull him away from his #LionKing directing duties https://t.co/W5N7YoAlq6

Howard added how happy he was that Favreau could take time away from directing “The Lion King” to take this role in his film.

You can see just how “cool & important” Jon Favreau’s character is when “Solo: A Star Wars Story” hits theaters May 25.