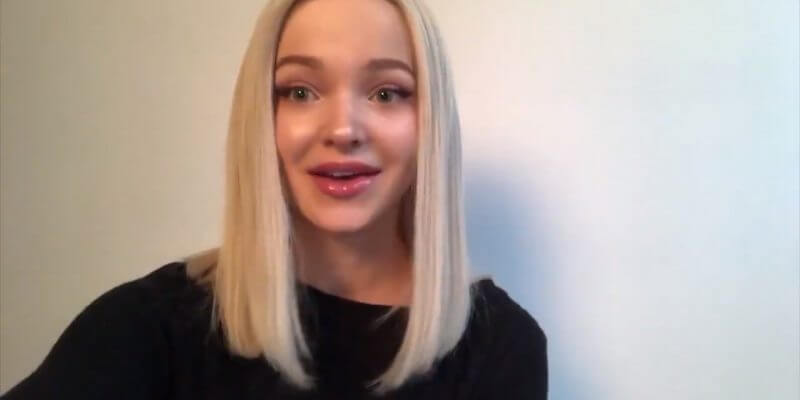 Disney’s “Descendants” series of made-for-TV movies– which began in 2015 on and continued last year with “Descendants 2,” both on Disney Channel— has proved to be a smash hit with young audiences and fans of Disney Villains alike, so naturally it is expected to live on in some form or another.

That’s why it’s so exciting that “Descendants” star Dove Cameron (who plays Mal, daughter of Maleficent) has made a surprise announcement today on the official D23 Twitter feed.

Something wicked coming this way… Find out what it is during #DisneyZOMBIES, Friday night at 8p on @DisneyChannel! pic.twitter.com/o0zWCLEMxg

“Over the weekend, Dove Cameron sent this video to a friend… and we got a hold of it,” says the tongue-in-cheek ominous text across the screen.

Cameron tells the camera her secret: “This Friday night, something big from ‘Descendants’ is going down, and just trust me… you’re not going to want to miss it.”

“For the big ‘Descendants’ reveal, tune into the premiere of Disney’s ‘Zombies’ this Friday night.”

What could this mean? Is a “Descendants 3” already in the works? It wouldn’t be too much of a shock if that were the case, but it will certainly send fans into a frenzy if true.

As the teaser said, we’ll have to tune into Disney’s “Zombies” TV movie tomorrow night at 8:00 PM on Disney Channel to find out.