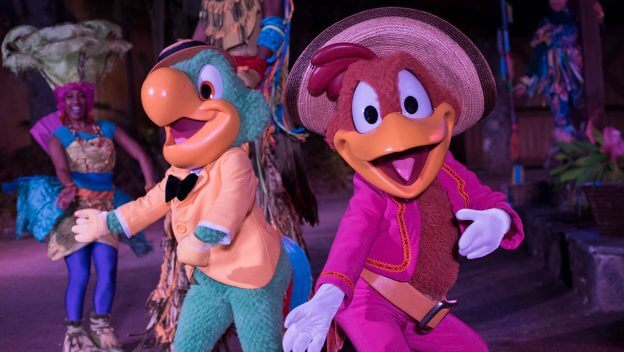 For a limited time, José and Panchito of “The Three Caballeros” join the party during Discovery Island Carnivale at Disney’s Animal Kingdom.

Starting February 4, see Donald Duck’s feathered friends as part of the nightly street party. Discovery Island Carnivale celebrates the beauty and harmony of living things with a high-energy dance party featuring music from the Viva Gaia Street Band! and costumes inspired by creatures of the sea, air, and land. José and Panchito join Discovery Island Carnivale through May 5, 2018.

To see more of “The Three Cabarellos,” you can visit the Gran Fiesta Tour attraction, which is located in the Mexico pavilion at Epcot.

You can preview Gran Fiesta Tour Starring The Three Caballeros and its catchy music in the video below.